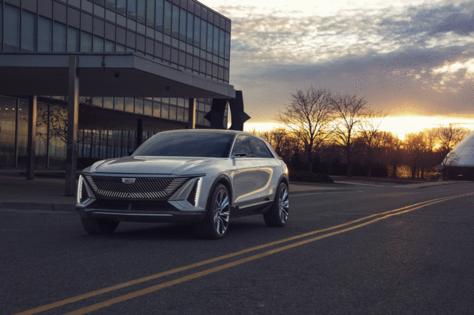 Ordering for General Motors Co.'s first electric Cadillac opens this week on the 2023 Lyriq crossover with the $62,990 rear-wheel drive option getting an estimated 312 miles of range on a charge, the automaker said Monday.

GM's luxury brand, which is aiming to be all-electric by 2030, will start taking orders for the Lyriq on May 19 and delivering the debut edition this summer. Though it will be joining a market starting to get crowded with EVs, it's also a market with growing EV demand.

"None of these companies are able to meet the demand with the EVs that they've got," said Sam Abuelsamid, principal research analyst leading Guidehouse Insights. "They've all got more demand than they than they can supply, so I suspect that at least for the next year, Cadillac will be able to sell every Lyric they can build without too much difficulty. I don't see that as an issue."

Rory Harvey, global vice president of Cadillac, said demand for the Lyriq is "very, very significant" with "250,000 hand-raisers" for the product. Since this is the luxury brand's first EV, Cadillac leaders are "looking to see how many of the hand-raisers actually convert," Harvey said. GM has not released how many ordered the debut edition.

Cadillac remains GM's leading EV brand. Beyond the Lyriq, Cadillac has shown the hand-built Celestiq EV. Next up will be an EV the size of the XT4 SUV, Harvey said.

"The thing now is to actually start delivering these things in volume ... prove that they can actually sell." Abuelsamid said.

The 2023 Lyriq RWD and AWD models, with RWD deliveries expected starting this fall. Initial deliveries of the AWD model will start early next year.