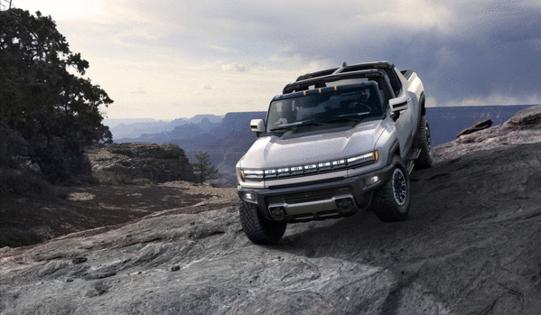 General Motors Co. CEO Mary Barra says the company is in "execution mode" for its electric vehicles and again touted its plans while reporting a first-quarter profit Tuesday — the same day crosstown rival Ford Motor Co. celebrated the launch of its electric F-150.

The coinciding events gave each automaker a way to try to outshine the other. Ford is delivering the first full-size electric truck, beating GM to market by a year with its F-150 Lightning. GM's electric Silverado comes out next year, but Barra proudly told investors pre-production of the truck will begin "in a matter of weeks" and reservations are up to 140,000.

As it works on executing its EV plans — projecting for the first time it will make $50 billion in revenue from those vehicles by 2025 — GM is still selling gas-powered products right off the truck. The Detroit automaker continues to maintain high demand despite record vehicle prices driven by low inventory amid supply chain struggles.

Adjusted earnings before interest and taxes came in at $4 billion, around last year's $4.4 billion. GM's net income margin for the quarter was 8.2%. Pre-tax earnings in GM North America totaled $3.1 billion in the quarter. GM International's pre-tax earnings were $328 million for the first quarter of this year.

"The street was bracing for an absolute disaster. And ultimately, these were better than feared," said Dan Ives, analyst at Wedbush Securities.

The first-quarter figures and the company’s reaffirming its guidance for adjusted earnings in a range of $13 billion to $15 billion this year didn't do much to move GM's stock, which was down more than 4% for the day at $38.04 with U.S. markets plunging Tuesday over concerns of an economic slowdown. Ford's stock was also down to $14.71 for a 3% drop.

GM remains focused on proving itself as a leading electric vehicle manufacturer. The automaker intends to grow to 1 million units of EV capacity in North America by the end of 2025 and is targeting production of 400,000 all-electric vehicles there this year and next year.

"We're just going to keep executing and keep working toward our EV leadership goal," Barra said. "We have a team that has demonstrated that we're going to capitalize on opportunities, we're going to solve challenges and work with our stakeholders across the company to do just that."

GM executives believe so deeply in the mission that they are now tying their compensation to EV goals, Barra told investors.