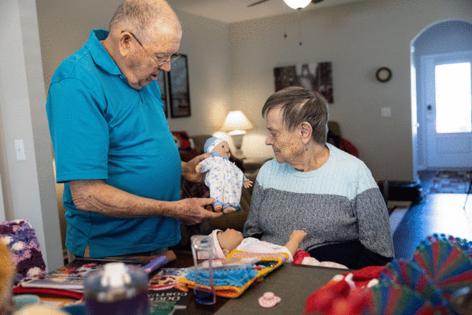 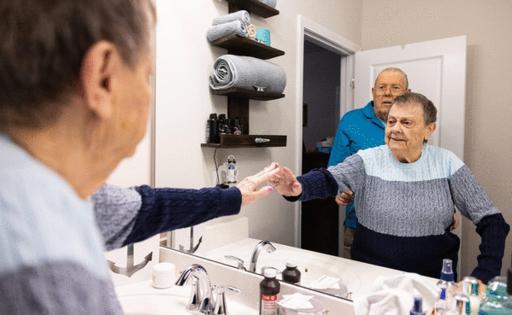 There are six days to go before Thanksgiving, so Josh Pettit’s Mooresville, North Carolina, home isn’t yet adorned with a single Christmas decoration. But it sure looks like Santa’s been here recently.

On the dining table, the 47-year-old web developer has neatly arranged a vast assortment of gifts — everything from T-shirts and handmade blankets to stuffed animal toys and baby dolls — that have recently arrived at a PO box for his mother, Betty Pettit, an Alzheimer’s sufferer.

All of them were sent by complete strangers.

“Lately there’s been an onslaught of gifts,” Josh says, marveling at Betty’s haul even though he’s a significant part of the reason it exists. “The mailbox place, they send me a picture every day of the pile and they say, ‘Your mom’s got more stuff!’”

It’s coming from pretty much everywhere.

“She got a card yesterday and the postmark was North Pole, Alaska,” Josh says, chuckling, “which I didn’t know existed.” He shifts his attention to his mom. “You didn’t know you were that famous, huh?”

Betty’s face takes on an expression that it often does these days when someone talks to her — one of confusion. “Am I?” she replies.

Josh nods. “You’ve got almost a quarter of a million fans on TikTok, and 150,000 people on Facebook,” Josh tells her. “Who knew? Right?” It seems like Betty really wants to understand what he’s talking about, but can’t untangle it. So she just shrugs and says “Yeah, I guess.”

“Right,” Josh assures her. “We never would have thought.”

Retirement is a phase of later adulthood that remains the ultimate goal for many professionals who dream of leaving the daily grind behind. But is retirement right for everyone? How do you know if retiring is the best ...Read More