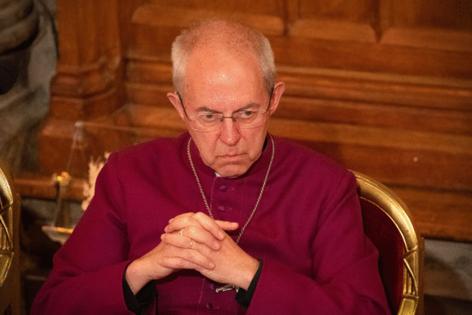 Bishops of the Church of England said Wednesday they will continue to refuse to perform same-sex marriages, reaffirming that “holy matrimony is between one man and one woman for life.”

The announcement comes after a six-year period of “listening, learning and discernment” on issues related to sexuality, relationships and marriage.

Under the proposals, which will be discussed in detail next month during the church’s national assembly, bishops urge all congregations to welcome same-sex couples “unreservedly and joyfully.”

Described by church officials as a “historic plan,” the proposals will let same-sex couples come to church to give thanks for their civil marriage or civil partnership and to receive God’s blessings.

However, they “would still not be able to get married in a Church of England church,” according to a news release.

The Church of England is the head of the international Anglican Communion, a worldwide family of churches in more than 160 different countries. In November 2020, a group of bishops began the “process of discernment and decision-making about a way forward for the church,” which took place last year.

At the time, the Archbishop of Canterbury, Justin Welby, and the Archbishop of York, Stephen Cottrell, acknowledged and apologized for the “huge damage and hurt” the church’s stance on LGBTQ issues had brought to its queer and trans members.

On Wednesday, Welby said he’s aware “what we are proposing today will appear to go too far for some and not nearly far enough for others, but it is my hope that what we have agreed will be received in a spirit of generosity, seeking the common good.”

Bishops said they will also issue a formal apology to LGBTQ people later this week for the “rejection, exclusion and hostility” they have faced in churches.

“Both personally and on behalf of my fellow bishops I would like to express our deep sorrow and grief at the way LGBTQI+ people and those they love have been treated by the Church which, most of all, ought to recognize everyone as precious and created in the image of God,” said Cottrell.

Same-sex marriages have been legal in England for nearly 10 years.

She and her 72-year-old mother had just won asylum because of ...Read More