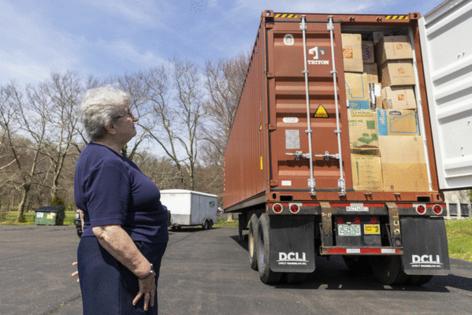 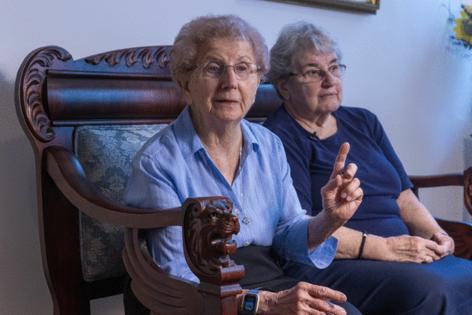 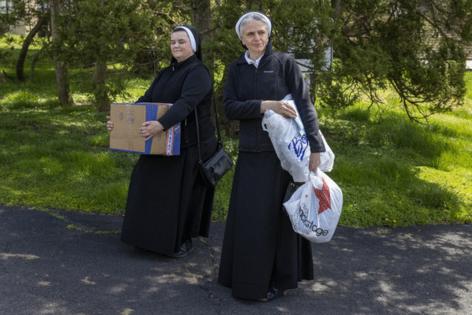 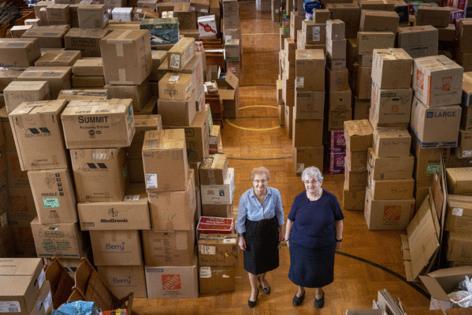 People knew the Ukrainian American sisters would figure out how to get the supplies and currency from the motherhouse in Jenkintown, Pennsylvania, into cities in Ukraine, and from there into the hands of people who need it.

On Thursday, a tractor trailer stacked floor to ceiling pulled out from the parking lot on Fox Chase Road, headed to the New York City metro area, the goods to be transferred onto ships or planes bound for Eastern Europe. A second truck was being loaded on Friday, while tons of additional donations, boxed and stacked in 10-foot towers in a downstairs auditorium, awaited their turn to depart.

For the sisters, the Russian attack on Ukraine has turned the motherhouse into an action center, spurring to new, rigorous duty an order that came to Philadelphia more than a century ago to serve immigrants and orphans.

The convent has become a departure point not just for supplies, but for one Ukrainian nun who was headed into the war zone last week. And it’s a new home to one sister who managed to escape the country after surviving an intense Russian shelling.

“I was there, with 30 sisters, when they bombed,” said Sister Dia Zagurska, who endured long-range missile attacks in Ivano-Frankivsk. “We understood our lives had changed. It wasn’t going to be the same.”