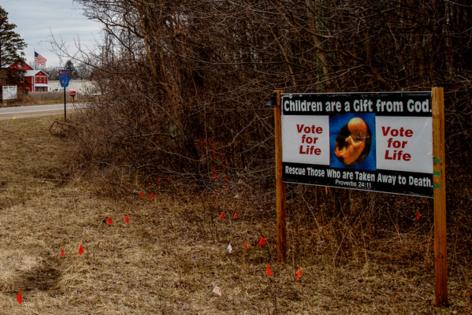 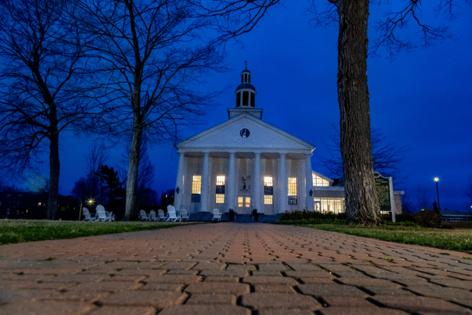 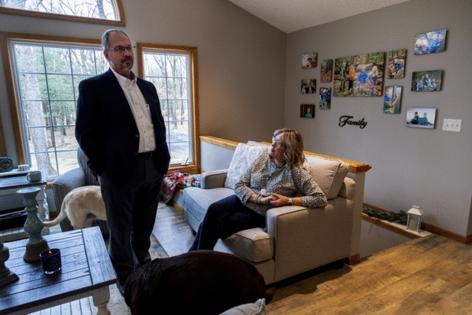 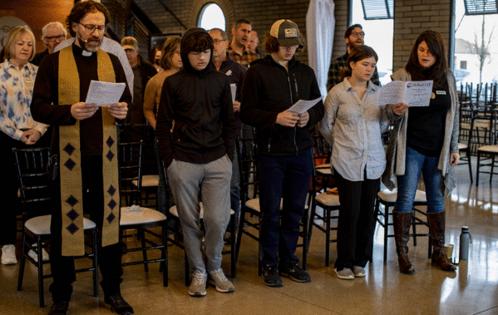 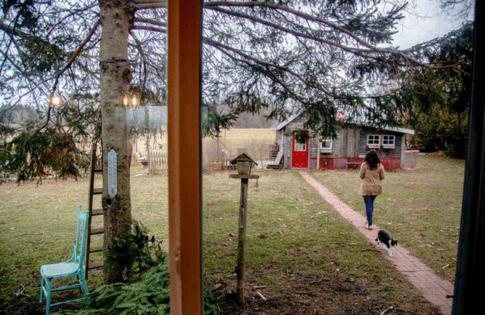 "To be Christian is to be Republican is to be 'pro-life,'" she said recently, sitting in a renovated shed-turned-office behind her house on the 40-acre farm of willows and gladiolus where she was raised. "All else makes you a 'baby killer.'"

Berghoef abided those harsh judgments. As a child, she prayed for abortions to end. In her teens, she marched in anti-abortion vigils and carried signs at protests. After college, she found a job on Capitol Hill for her Republican congressman, where she was recruited to be a legislative aide on anti-abortion law.

Her politics eventually shifted even has her faith stayed firm. She switched her voter registration to Democratic. Her definition of "pro-life" expanded to tightening gun control and protecting the rights of immigrants. She now believes — in what is considered sacrilege in the wood church where she was raised in the Midwest — that abortions should never be outlawed, though she'd rather see fewer of them.

In a city of 33,000 that's home to nearly 200 churches and where "Pray for the unborn" billboards are as common as campaign signs in a presidential election year, Berghoef, a worship leader at a liberal church where her husband pastors, is part of a new, if disconcerting, breed of Christians challenging the teachings of their elders.

The Republican Party, evangelical Christianity and the anti-abortion movement have been inextricably joined in a battle that for the last five decades has shaped the contours and passions of American politics. The powerful alliance is a major reason President Donald Trump was elected and able to shift the Supreme Court rightward.

As the nation awaits the court's opinion on a case that could dismantle Roe v. Wade, the ruling that guaranteed the right to abortion, Berghoef is among an increasingly vocal minority of former conservatives who have been condemned by many in their faith as supporting a grave sin.

"I wish someone had told me back when I threw all my energy into this 'pro-life' movement that it's not about saving the lives of the little babies in the pictures," said Berghoef, a 47-year-old mother of four. "It's about politics and being on the 'right' side of your community."

Americans' views on abortion have remained relatively the same in recent years. About 59% believe it should be legal in all or most cases, according to the Pew Research Center. Conversely, roughly 39% want it to be illegal in all or most circumstances. Opposition is strongest among white evangelicals, among whom 77% oppose abortion in nearly all cases.

In the town of Holland, that percentage can feel even higher. "Abortion is morally wrong in any case!!! No argument!!" one person commented on Facebook in reply to one of Berghoef's many postings touching on the subject. It's a tone she's become accustomed to.