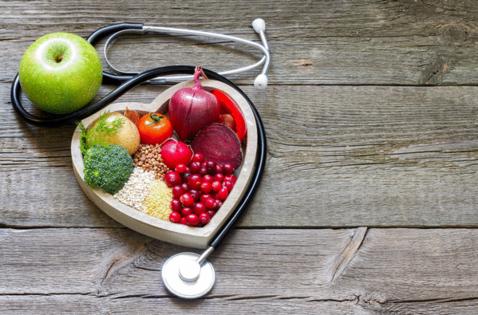 This is how old I am: A few decades ago, I sat in on a nutrition debate between Dr. Dean Ornish and Dr. Robert Atkins, well-known cardiologists with polar opposite views on the best diet to lose weight and prevent heart disease. Each of the heart doctors was passionate about his diet plan, though the diets were/are in hard contrast to each other.

Ornish presented reams of research to show that a very low-fat and mostly vegetarian diet can reverse heart disease as well as improve diabetes and other chronic conditions.

In turn, Atkins provided his evidence that a low-carb diet — one that depends more on protein and fat and severely limits fruit, bread, starchy vegetables and other plant-based foods — is effective for weight loss and does not harm the heart.

Who won? In my opinion, it was the third speaker at the debate. A representative from the United States Department of Agriculture showed us evidence that both types of diets have their merits and drawbacks. He concluded with research that shows the best diet is probably somewhere in the middle.

Times haven’t changed much. Just this morning, I learned of these three “new” diets:

The New Mayo Clinic Diet (as opposed to the old Mayo Clinic diet) is an improved plan for weight loss, according to the medical team who developed it. What’s interesting about this plan is it is not one plan. Dieters can choose their preference for healthy keto, high protein, vegetarian, Mediterranean or one that promotes gut health.

What? One plan doesn’t fit all? It’s true. Genetic research is beginning to show us that, based on our DNA, some of us do better on one type of diet pattern (such as vegetarian) while others do well on another (such as high protein).

Then there’s the Nordic diet, ya. As you might expect, there’s plenty of fish plus fruit, vegetables, nuts, seeds and oils. It’s based on research in Finland, Norway, Sweden and Iceland that found improved blood sugar and cholesterol levels in volunteers who ate this way.

And have you heard of the Pegan diet? It’s a cross between two pretty opposite eating plans, vegan (strict vegetarian) and paleo (meat, poultry, eggs, fish, nuts, seeds and other foods hunted or gathered by our ancient ancestors who were probably eaten by a tiger before they had a chance to really study this diet, but whatever).

Is it me, or are we finally learning that the real answer to optimal health is to choose a variety of all foods in the right balance? That’s what current research tells us. No one dietary pattern is best for everyone. Just make sure it includes foods from each nutrient group: protein, veggies, fruit, grains and dairy (which includes fortified soy products).

Valerie T writes: "I am emailing you on the request of my dad who is 88 and has several health issues. He read what you had to say about beef and fish. He wanted to know about pork and the pros and cons of it.

Why is it that, real or not, we tend to reject things that associate us with being old? Case in point: A little over two decades ago, the U.S. Food and Drug Administration approved a petition to allow prune producers to ...Read More

“I need to reschedule my appointment today,” a pained voice informed my answering machine. “I’m not feeling so good…maybe I shouldn’t have eaten that whole bag of grapes.”

When I called this patient—who is...Read More

Did you ever think that strawberries, spinach and kale would be called “filthy”? Or leafy green vegetables “repeat offenders”? That’s exactly how these especially nutritious fruits and vegetables are described in...Read More

It’s calving season, my favorite time of year on the ranch.

I never get tired of watching a cow know instinctively just what to do when her time approaches. First, she finds a private place in the pasture away from the...Read More

After a recent column on food relief organizations that serve victims of Ukraine, some readers urged me to add World Central Kitchen (https://wck.org) to the list. Here’s why:

“They go anywhere in the world when ...Read More