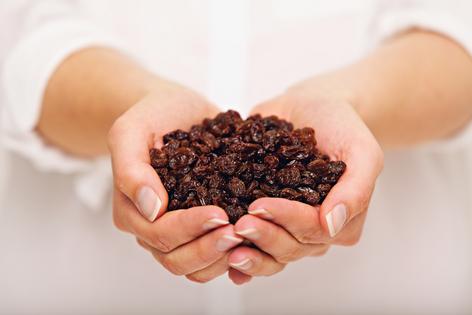 What we eat as well as how much we eat are determined by a multitude of factors that go well beyond physical sustenance, such as culture, religion, income level, family, cooking skills and accessibility, to name a few. Social forces also play a significant role, especially when it comes to making healthier food choices.

Studies show that our co-workers, friends and family all have a significant influence on the foods we choose to eat. Furthermore, consumers often make inferences about the character of others based on their food choices. For example, whether right or wrong, people who eat “healthy” foods are generally viewed more positively than those who don’t.

But, what about when eating with people in different social groups, especially those outside of your social circle? Can this influence healthy food choices? The answer is yes.

A new study authored by UK researchers at Oxford and the Bayes Business School in London along with American researchers at the Kellogg School of Management in Illinois, shows people will choose healthier food options in the presence of outsiders in order to reduce anticipated negative judgment and make a good impression.

The study included four separate experiments and was based in a large American city and university and included a total of 1,000 adults. Researchers looked at how different racial groups, university affiliations, and workplace affiliation impacted participants’ food choices.

The first two studies looked at food choices based on in-group versus influences outside of the group. The study gave nearly 200 college students a choice of either M&M’s or raisins. When in the presence of an unknown fellow student from one’s own university, only 12% of students selected the healthier raisins. However, this number more than doubled to 31% when in the presence of an unknown student from another university.

The second two studies sought to shed light on why this effect might occur. The reason: fear of being negatively judged by outsiders. Researchers found that when consumers anticipate that they may be negatively judged by outside groups, they may strategically make seemingly healthier food choices in order to counter this negativity and create a more positive impression. This was demonstrated when a group of 200 subjects were told that others around them were either judgmental or tolerant. In the judgmental environment, subjects were more likely to choose carrots over cookies than in the tolerant environment.

The authors of the study believe these findings can be a strong incentive for making healthy food choices and have important implications for marketers and public policy officials. Eating healthy is important, but perceived social pressures may also backfire, shining an unintended negative light on healthy foods.

Food-related germs cause an unbelievable 48 million cases of illness (aka food poisoning) each year in the U.S., including 128,000 hospitalizations and 3,000 deaths. The good news is, it’s largely preventable. If you do ...Read More

The creamy, pale green flesh of an avocado is full of nutrients closely tied to heart health. Now, a long-term study finds that eating at least two servings of this popular fruit per week is linked to a lower risk of ...Read More

DEAR MAYO CLINIC: My kidneys are failing, and my doctor has told me that I need to have a kidney transplant. I am severely overweight, and losing weight has been extremely difficult. Due to my weight, my doctor also said ...Read More

Temple University's unionized health care workers secured a new contract this month that made its nurses the highest paid in Pennsylvania, while lowering their patient loads and enhancing security to make them feel safer ...Read More

PITTSBURGH — Pancreatic cancer is a silent disease, said Dr. Aatur Singhi, a surgical pathologist at the UPMC Department of Pathology and an associate professor at the University of Pittsburgh. It often is not detected ...Read More

People who breathe polluted air experience changes within the brain regions that control emotions, and as a result, they may be more likely to ...Read More