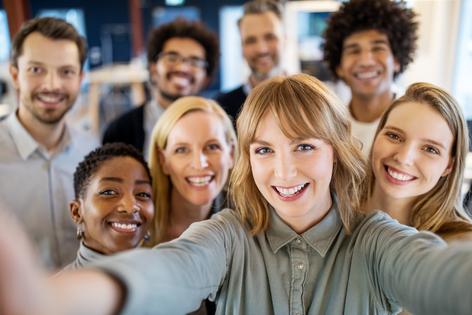 Simple computer exercises using positive words and images designed to boost self-worth can prolong the antidepressant effects of ketamine in people with depression. That’s what my research team and I found in our new study.

Over two decades ago, researchers serendipitously discovered that intravenous ketamine, a widely used anesthetic medication that has been shown to be safe when administered under medical supervision, had rapid-acting antidepressant effects when given at lower doses than is used for anesthesia.

Our study included 154 adult patients with depression. One-third received a single infusion of ketamine and returned a day later to begin four consecutive days – about 30 to 40 minutes total each day – of our novel digital exercises. That is, we showed them repeated pairings of self-related words and images – such as the letter “I” and photos of the patient – paired up repeatedly with positive cues. These include positive words like “good,” “sweet” and “lovable” as well as photos of strangers smiling.

We targeted this period of time within five days of ketamine because we expected ketamine would quickly help restore the brain’s healthy capacity to adjust and learn in response to the environment. The specific exercises we used were designed based on our prior work showing that, shortly after a ketamine infusion, thought patterns related to oneself may become less “stuck” and be more malleable, creating a window of opportunity to improve a person’s sense of self-worth.

We found that after just a single intravenous infusion of ketamine, patients experienced relief from depression symptoms for at least one month as long as they were assigned to the group that completed the digital exercises within the first five days. Compared with those in the control saline group, both of the groups that received a ketamine infusion experienced substantial relief from depression on the first day, prior to any computer training.

However, whereas the control group who went on to receive the “sham” computer training began to experience the return of depression symptoms in the subsequent 1.5 weeks or so, the group that received ketamine followed by exposure to positive conditioning continued to report decreased depression severity all the way out to the last follow-up interview, one month after ketamine.

The people who got digital training in the absence of ketamine had very little relief from their depression.

Depression is a highly prevalent and disabling condition that exacts a staggering burden on patients, families and communities.

“I just can’t do what I used to anymore.”

As pulmonologists and critical care doctors treating patients with lung disease, we have heard many of our patients recovering from COVID-19 tell us this even ...Read More

Since the global monkeypox outbreak started to spread this past spring, more people are seeing the term “men who have sex with men,” or MSM, in the news and public health messages. You may have also heard this term ...Read More

At this point in the COVID-19 pandemic, nearly everyone has experienced the panic and uncertainty that come with having mild COVID-like symptoms – such as a cough and sore throat – only to test negative day after ...Read More

Cancer is often thought of as a disease that affects older people, and with the median age of a cancer diagnosis at 66 years, it does. But cancer can be diagnosed at any age.

Migraine is a genetic neurologic disease that often goes undertreated. It's more than a typical headache. Sometimes migraine headaches come with pain so intense they can interrupt day-to-day activities.

Given recent headlines, you may be wondering why polio is even an issue in 2022. For more than 60 years, vaccines against the poliovirus have protected virtually everyone in the United States from the disease. Due to an...Read More