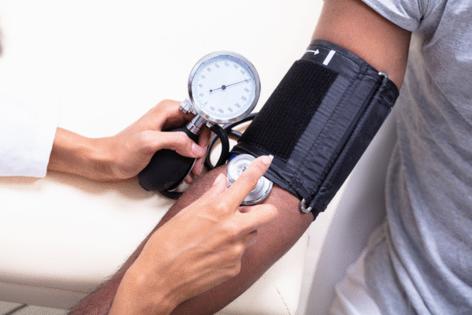 May is National Stroke Awareness Month. According to the CDC, a stroke occurs every 40 seconds in the U.S. Do you know that stroke is a leading cause of death and disability in the United States?

A stroke happens when blood supply to the brain is interrupted or reduced, preventing brain tissue from getting oxygen and nutrients. This causes brain cells to become damaged or die.

Risks of stroke vary by race and ethnicity. African American men and women are more likely to have a stroke than any other population in the country. Dr. Maisha Robinson, a Mayo Clinic neurologist, talks about what African American adults can do to lower their risk of stroke.

Everyone is at risk of stroke. But minorities are at greatest risk.

"We don't understand exactly all the reasons behind this, but what we know is that the similar risk factors for stroke, which are apparent in the entire population, are more common, particularly in African Americans," says Dr. Robinson.

"Knowing your numbers, being able to assess the situation and then addressing the situation with regard to blood pressure, cholesterol, diabetes, weight, diet is very important, especially in that population," says Dr. Robinson.

Stroke is a medical emergency. Symptoms include difficulty speaking, paralysis or numbness in the face, arm or leg, difficulty seeing, difficulty walking or a sudden intense headache.

It's important to act quickly and call 911 if you or someone you are with shows signs of having a stroke.

Researchers say there are precautions those heading outside can take to limit risk from disease-carrying ticks. Take time to familiarize yourself with which tick species may be common in your area, as well as some common ...Read More

This is Atrium Health’s ...Read More

DEAR MAYO CLINIC: I am a former smoker who began smoking in high school. I quit a few years ago after a lung cancer scare. As a father, I have often shared with my children about the dangers of smoking. Recently, I ...Read More