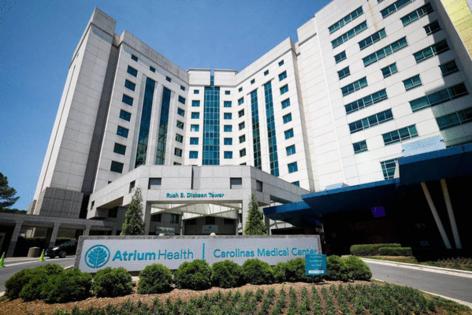 The move will result in the fifth largest health system in the country, Atrium CEO Gene Woods told The Charlotte Observer in an interview Tuesday ahead of the announcement.

The system will be headquartered in Charlotte, with combined revenue of more than $27 billion. It will operate under the Advocate Health name, with the Advocate, Aurora and Atrium Health brands used locally.

The goal isn’t size, Woods said, but what that size enables: more investments in employees and communities, and in solving inequities. “Size will enable us to serve our communities,” he said. “We’re just looking to do that more, better, faster.”

Still it’s a huge leap for a hospital system that once focused explicitly on the Carolinas.

The new system will serve more than 5.5 million patients, with 67 hospitals and more than 1,000 sites of care across Illinois, Wisconsin, North Carolina, South Carolina, Georgia and Alabama.

Woods and Advocate Aurora Health CEO Jim Skogsbergh will serve as co-CEOs of the combined organization for the first 18 months. After that, Skogsbergh will retire and Woods will become the lone CEO.

‘Looking to create a national system’

Atrium’s series of combination deals follow a trend toward hospital consolidation across the country. But critics of consolidation have warned it could mean patients will face higher prices.

DEAR MAYO CLINIC: I am a former smoker who began smoking in high school. I quit a few years ago after a lung cancer scare. As a father, I have often shared with my children about the dangers of smoking. Recently, I ...Read More

National Women's Health Week is observed May 8-14, which makes this a good time to learn about the biggest threats to women's health and what you can do to keep yourself healthy.

Two of the leading causes of death for ...Read More

DEAR MAYO CLINIC: I recently was diagnosed with diabetes and am learning about various components of my health care that require special attention. For instance, I was told I'd need to take special care of my feet. Can you...Read More