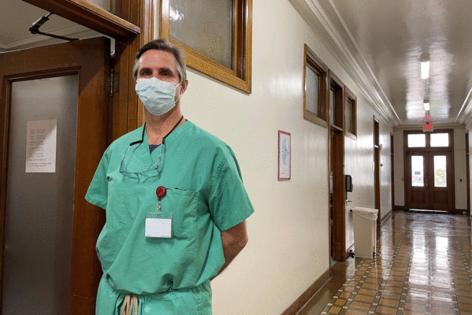 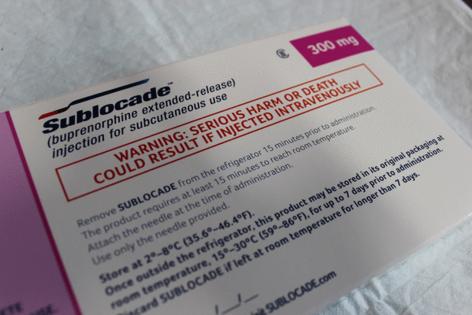 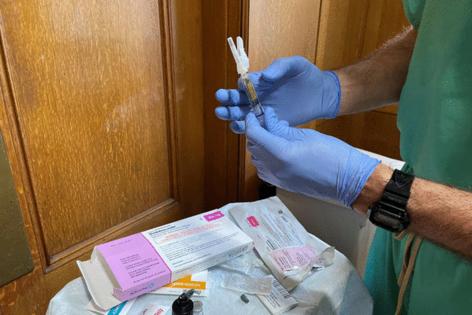 OAKLAND, Calif. — Dr. Andrew Herring has a clear goal walking into every appointment with patients seeking medication to treat an opioid use disorder: persuade them to get an injection of extended-release buprenorphine.

At his addiction clinic at Highland Hospital, a bustling public facility in the heart of Oakland, Herring promotes administering a shot of buprenorphine in the belly to provide a month of addiction treatment rather than prescribing oral versions that must be taken daily. For him, the shots’ longer-acting protection is a “game changer” and may be his only chance to help a vulnerable patient at risk of overdose.

“At any point in time, they’re just a balloon that’s going to go,” Herring said. “You might only have this one interaction. And the question is, how powerful can you make it?”

In California, where overdose deaths have been rising for years, addiction experts say administering a month’s worth of anti-addiction medication holds great potential, particularly for people without housing or who struggle with other forms of instability. Yet despite its promise, the use of injectable buprenorphine remains fairly limited, especially compared with other forms of addiction medication. Researchers have yet to publish studies comparing different ways to administer buprenorphine.

Buprenorphine, one of three medications approved in the U.S. to treat opioid use disorder, works by binding to opioid receptors in the brain and reducing cravings and withdrawal symptoms. And because it occupies those receptor sites, buprenorphine keeps other opioids from binding and ensures that if a patient takes a high dose of a drug like heroin or fentanyl, they are less likely to overdose. Patients often stay on buprenorphine for years.

If Herring prescribes a supply of buprenorphine as a tablet or film that is placed under the tongue, the patient must commit to taking the medication at least once a day, and many fall out of treatment. He said this is especially true for his patients experiencing homelessness and those who also use methamphetamine.

“It’s like a religious thing — you have to wake up every morning and repeat your vows,” said Herring. “In reality, there are a lot of people who deserve treatment who can’t meet that requirement.”

Oral forms of buprenorphine have been available to treat addiction since 2002 and can be purchased as a generic for less than $100 a month. Injectable buprenorphine, sold under the brand name Sublocade, received FDA approval in 2017. It has a hefty list price of $1,829.05 for a monthly injection. The drugmaker Indivior reported $244 million in revenue from Sublocade last year alone, with a company goal to eventually make $1 billion in annual sales. No generic or competing version of the drug is available.

Most patients won’t pay full price, Indivior says, because most health plans cover the drug. Physicians, however, say the high cost can be a barrier for patients with private health plans, which sometimes resist covering the medication. Medi-Cal, California’s health insurance program for low-income people, covers Sublocade without prior authorization, making the treatment accessible to the majority of Herring’s patients.

Still, addiction experts say, Sublocade use remains limited because of the regulatory hurdles required to dispense it.

BALTIMORE -- Nurses gained attention during the pandemic for their work on the front lines of health care, taking on extra duties and patients and shouldering a lot more grief.

Q: There’s been a shortage of baby formula at the grocery stores and I’m starting to worry about running out. What can I do?

A: Since the outbreak of COVID-19, there have been significant shortages of infant ...Read More

BALTIMORE -- Phillip Brown wanted to throw out all the tricks when opening at The Manor for Symone, the season 13 winner of “RuPaul’s Drag Race.”

The energetic drag queen knew that a 360 jump split, which requires ...Read More

Several countries, including the U.S., have identified or are investigating unexplained hepatitis cases in children. While the reported cases are appearing in clusters, they remain rare. About 200 children are affected ...Read More