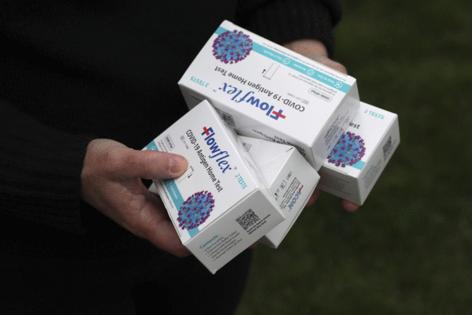 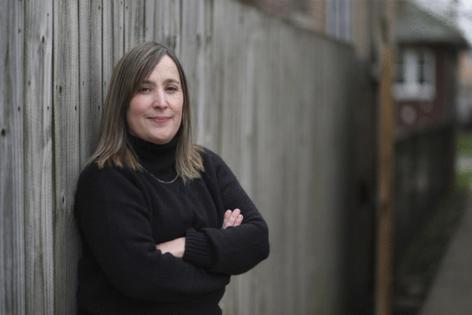 CHICAGO -- Some Illinois residents say they’re still having trouble getting free at-home COVID-19 tests from pharmacies and insurance companies, more than three months after the White House began requiring insurers to cover them.

President Joe Biden’s administration announced in January, amid an intense COVID-19 surge, that health insurance companies would be required to cover up to eight at-home COVID-19 tests a month per person. People were supposed to be able to walk into many pharmacies, flash their health insurance cards and walk out with free boxes of at-home COVID-19 tests. Or, if a pharmacy wasn’t in-network with their insurance, a person was supposed to be able to submit a claim for reimbursement for at least $12 a test.

But it’s still not always that easy — a problem that comes as Illinois case numbers are again rising, prompting many people to again seek at-home tests.

Those who buy the tests at pharmacies outside of their insurance companies’ networks are sometimes finding they must fill out confusing forms to submit claims for reimbursement.

“It’s extremely challenging and I don’t think it needs to be,” said Teena McClelland, 46, of Portage Park.

McClelland likes to have COVID-19 tests on-hand so she can test her family before gathering with others. She also wants to make sure she has them in her home in case there’s another COVID-19 surge, and the tests again become scarce.

In early April, she tried to buy at-home tests from a CVS Health pharmacy but was told they were out of stock.

“I was kind of surprised by that because I just kind of assumed pharmacies had this on-hand at this point in the game,” McClelland said.

A couple of weeks later, she then ordered them online from a CVS through Instacart, paying for them upfront. She now has to submit a claim for reimbursement. She also decided to try to get some directly through her insurance company, Blue Cross and Blue Shield of Illinois. She called Blue Cross and spent an hour on the phone being transferred to different representatives before one was able to order the tests for her, she said. A bag of tests arrived less than a week later.