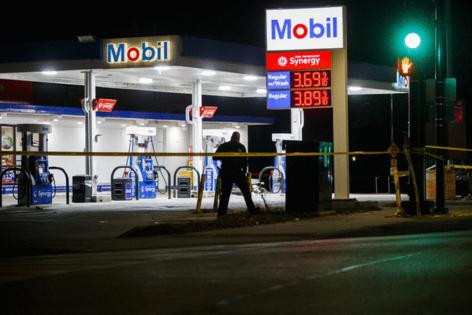 A 17-year-old boy was dead and four other teenagers were injured after a Sunday evening shooting on Green Bay Road in Evanston, according to police.

Officers located five teenagers who had been shot, police said. The teens all knew each other and two were in a car and three others were standing nearby, said Evanston police Sgt. Ken Carter in a Monday afternoon news conference.

The 17-year-old boy who was shot and killed was identified as Carl Dennison, according to information from the Cook County medical examiner’s office.

Two males and two females ranging from 14 to 18 years of age were transported to area hospitals, police said. They are all residents of Evanston or Skokie.

A 14-year-old girl remains in critical condition and the other teens do not have life-threatening injuries, Carter said Monday afternoon.

The address provided by police for the location of the shooting is a gas station.

“Based on our initial investigation, this appears to be a targeted incident,” Carter said.

Evanston police Commander Ryan Glew said no arrests have been made.