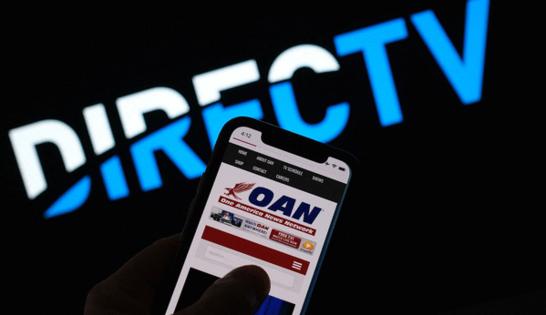 After being dropped by two major pay-TV distributors this year, One America News is attempting a comeback by leveraging an old technology: the antenna.

The conservative channel, which has been accused of spreading misinformation about the 2020 election and praised by former President Donald Trump, lost millions of homes when DirecTV and Verizon Communications Inc. stopped carrying it.

To replace them, OAN is signing up partners to broadcast on so-called “subchannels.” OAN airs on free, over-the-air channels in about 30 markets and plans to be in about 100 by the end of this year, according to a person familiar with the company’s strategy who asked not to be identified because the plans aren’t public. The markets include Pittsburgh; Las Vegas; Wichita, Kansas; Jacksonville, Florida; and Birmingham, Alabama.

Subchannels, which are sometimes called “multicasts” or “diginets,” are a little-noticed corner of the TV business. But they’ve been growing as more people cancel cable-TV and use antennas to supplement their Netflix binges with free broadcast stations. About 15% of US households use antennas, up from 10% in 2010, according to Nielsen.

Over a decade ago, a government-mandated switch to digital broadcasting freed up airwaves for TV station owners to create multiple channels where just one existed previously. Their viewers are typically cord-cutters who use digital antennas. In Pittsburgh, for example, OAN reached a deal in July to air on channel 61.8.

Vernon Van Winkle, chief executive officer of KPVM, a broadcast station in the Las Vegas market, has been carrying OAN as a subchannel for about a year. As part of the agreement, he shares advertising inventory equally with OAN. His signal reaches 875,000 households in southern Nevada.

“Viewers absolutely love it,” he said of OAN. “If my signal goes down for a second my phone lines are blowing up with people asking ‘What’s going on?’”

Van Winkle, who believes that Trump won the 2020 presidential election, said OAN “shows more of the truth” than other news channels.

“OAN is able to dig deeper without a message that’s edited by the major market broadcasters,” said Van Winkle, whose closely held station was the subject of an HBO docuseries.