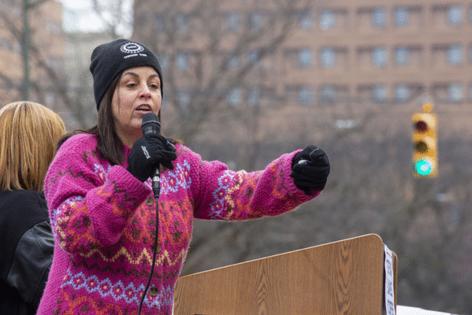 Amid a nationwide surge in worker momentum and public support for unions, the United Auto Workers is making a renewed push to build on-the-ground interest in organizing non-unionized auto plants.

More than 60 workers at 10 automakers that don't have contracts with the UAW met late last month in Birmingham, Alabama, to discuss how to organize plants across the country, UAW Vice President Cindy Estrada told The Detroit News.

"They decided this is a moment right now in the country for them, too, as non-union workers, for them to be able to form their unions and make sure that there's a sectoral standard in the industry," she said. "They've all come together to say 'we're going to do this together.'"

The only auto companies in the U.S. with unionized workforces are Ford Motor Co., General Motors Co. and Stellantis NV, maker of Jeep SUVs and Ram trucks. The meeting comes in the midst of a seismic shift in the auto industry, which is transitioning from producing primarily gas-powered vehicles to electrified ones powered by batteries.

"It really has to come from the rank-and-file," said Art Wheaton, director of Labor Studies at Cornell University. "It's not coming from an organizer."

That's coincided with a wave of good news for unions. It began last year with so-called "Striketober," a series of strikes that picked up across the country after the COVID-19 pandemic reframed employees' relationship to work amid a tight labor market that has given workers more leverage.

Public support for organized labor is higher than it has been since the mid-1960s and unions are enjoying the backing of one of the most labor-friendly presidential administrations in recent history.

And now high-profile wins at Amazon and Starbucks are renewing conversations about what works in union organizing. That's prompted frequent comparisons between those workplaces' youth-led, ground-up efforts with more centralized, experienced unions like the UAW that have weathered the steady decline of membership over decades.