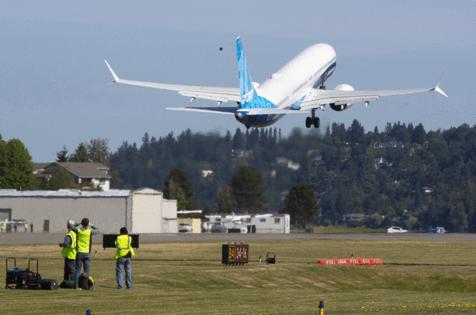 Boeing Co.’s biggest airline customer in China has removed more than 100 of the US manufacturer’s 737 Max jets from its fleet plans, citing uncertainty over deliveries.

China Southern Airlines Co. Chairman Ma Xu Lun said at an investor briefing last week that Boeing’s updated best-selling aircraft would be excluded from fleet deliveries through 2024. The carrier expects to take delivery of 78 aircraft in total over the period, down from 181 in a previous forecast in March.

An investor relations representative for the airline said Friday the Max wasn’t included due to “uncertainty surrounding the delivery,” without providing further details.

The move is a sharp reversal for China Southern, which had outlined plans to rapidly expand its 737 Max fleet, saying in its annual report in March that 39 were due to arrive this year, building toward a total of 103 deliveries through 2024. It’s a reminder of the uncertainty shrouding a key market for Boeing as it works to reap cash from more than 300 Max that were built but never delivered due to a global grounding.

None of China’s state-owned carriers have said if or when they might resume taking the Max once it is officially back in service. China was the first to ground the Max in March 2019 following fatal crashes in Indonesia and Ethiopia that combined killed 346 people.

Brian West, Boeing’s chief financial officer, said that Max aircraft were on the verge of returning to regular airline service before a Covid outbreak decimated air travel in China earlier this year.

“There was great progress with the local team, the Chinese customers, the Chinese regulators. They were clicking along, checking all the boxes and then Covid hit with different protocols and restrictions,” West told a Goldman Sachs conference on May 11. “We assume that when they can get back and focused on this, they will pick right up where we left off,” with deliveries eventually following, he added.

China Southern forecast in 2019 it would be operating 523 jets from Boeing’s narrowbody family by this year, most of which would have been Max aircraft. At the end of 2021, the airline — China’s largest — had a fleet of 399 Boeing narrowbodies, according to its latest annual report. It also had 334 Airbus SE A320 series narrowbodies at the end of last year.

The Guangzhou-based carrier and its eight subsidiaries form China’s largest airline by passenger volume, carrying 98.5 million in 2021 and operating 878 commercial jets as of Dec. 31.

China is slowly moving toward allowing the Max to fly in its airspace again, which the jet is already permitted to do in most other major markets. Covid-19 outbreaks and a strict lockdown in Shanghai and other parts of the country haven’t helped the process, and have also weighed heavily on demand for air travel.

Boeing was already struggling with orders from China, its biggest overseas market, as relations between Washington and Beijing worsened in recent years, descending into a trade war. Since 2020, Boeing’s direct China deliveries have collapsed to single digits from a high of 192 in 2018 before the Max grounding.

Boeing had previously predicted deliveries to Chinese airlines would resume by the end of March. China recertified the Max to fly in December, but only a handful of airlines have carried out test flights, a final hurdle to its return to commercial service.

China Eastern Airlines Corp., another of the country’s “Big Three” carriers, last week said it had arranged 10.5 billion yuan ($1.5 billion) to finance the purchase of 38 planes between 2022 and 2024 from Boeing, Airbus and Commercial Aircraft Corp. of China Ltd. The Max wasn’t included in the plan. The Shanghai-based airline said in its 2020 annual report that it planned to introduce 46 Max jets from 2023.