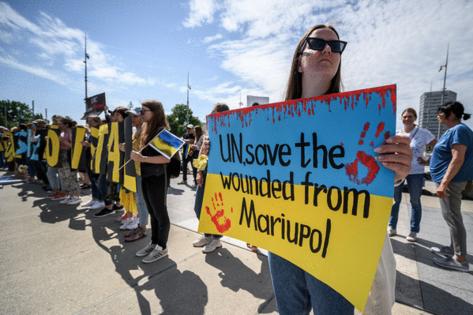 Kelly Services Inc. is exiting Russia after 25 years of operations there and will "actively explore" a transition of its 8,400 employees in the country, the Troy, Michigan-based management company said in a statement on Thursday.

The company is one of a few Michigan-based businesses with operations remaining in Russia after the Kremlin ordered the invasion of neighboring Ukraine starting in February. The conflict has resulted in he displacement of millions and the deaths of thousands, according to the United Nations. Hundreds of Western countries have left Russia since the start of the war.

Kelly Services' decision to leave Russia followed a review of the conditions and guidance from stakeholders and the company's board of directors, CEO Peter Quigley said in the statement.

"This transition provides the strongest likelihood that our full-time and project-based employees in Russia can continue their employment after the transition," Quigley said. "Upon completion of the transition, Kelly and the Kelly brand will no longer have a presence in Russia."

Russia in 2021 represented $132 million in annual revenue for Kelly Services, which is 2.7% of its total business. Its shares were falling 2.9% early Thursday afternoon.

Kelly Services doesn't operate in Ukraine. The transition in Russia won't affect operations elsewhere, according to the company.

Employees have supported refugees with food, housing and clothing, Quigley added. Kelly has partnered with a local translation firm to provide free translator services as well. It's also working with the international business community to help refugees access employment.

"We join the millions of others around the world," Quigley concluded, "who hope for peaceful days ahead."

Pennsylvania's beleaguered pension fund for educators has hired yet another outside law firm — this time to consider suing the consulting firm that admitted botching a key profits calculation in an error that has ...Read More

The animal rights group, People for the Ethical ...Read More

These are delicate times for Athira Pharma, a Bothell, Washington-based biotech firm in clinical trials for treatment for Alzheimer's and Parkinson's dementia.

Last week, the firm was sued by an investor claiming Athira ...Read More