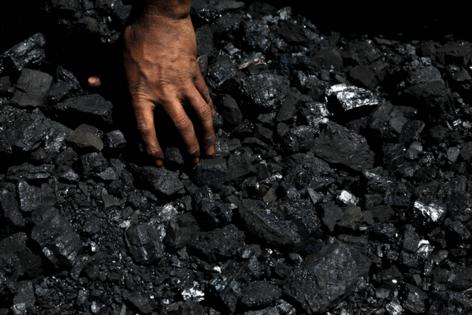 PHILADELPHIA — Coal, a pariah fuel for climate activists, has made a quiet comeback this year in the post-lockdown economic resurgence. Coal stockpiles at power plants are getting so low that the regional electric grid operator, PJM Interconnection, has taken steps to prevent a system collapse this winter similar to Texas earlier this year.

PJM, based near Valley Forge, this month imposed new rules on power plants in 13 states and the District of Columbia to make sure electricity generators do not run short of fuel during a cold snap. The rules could force some coal generators to curtail operations to build up emergency reserves, increasing power prices already on the rise.

Demand for coal has jumped in response to rising natural gas prices, even though coal emits more toxic and greenhouse gases per kilowatt hour generated than rival fuels. Coal-fired power plants have struggled to replenish stockpiles because the energy sector is facing the same kind of supply chain challenges that have slowed deliveries of many goods and commodities.

“Our top priority at PJM is ensuring a reliable electric grid,” said Michael Bryson, PJM’s senior vice president of operations. “We are especially concerned about coal supply chain issues and inventory levels heading into the winter.”

The resurgence of coal power, even amid a worldwide push to promote clean energy and decarbonize electricity production, demonstrates that fossil fuels still remain very much in the energy mix, coal advocates say.

Policymakers need to recognize coal as “part of an all-the-above energy strategy for the foreseeable future because the coal fleet supports grid reliability and resilience, helps keep electricity prices affordable, provides fuel security, and serves as an insurance policy when other electricity sources are not available or are too expensive,” said Michelle Bloodworth, chief executive of America’s Power, a trade group for the coal industry.

But climate activists say coal generation is merely the short-term beneficiary of rising natural gas prices, which have elevated coal’s place in the hierarchy of fuel choices facing grid operators, which select generators based largely on price. Now is the time to accelerate the adoption of renewable energy, they say.

“My sense is, this is a blip,” said Joseph Otis Minott, executive director of the Clean Air Council. “In the long run, the writing is on the wall for coal plants.”

Indeed, coal’s share of the nation’s power-generation mix has fallen steadily in the last 10 years, from 44% in 2011 to 20% last year, according to the U.S. Energy Information Administration.

Coal’s role was diminished by natural gas after production of inexpensive fracked gas soared in the last decade. Though natural gas is also a fossil fuel whose production and combustion emit greenhouse gases, it was relatively easy for power generators to get permits to build new efficient gas-fired power plants because they emit far fewer toxic emissions than coal plants. Nationwide, electricity generated from natural gas-increased from 23% in 2011 to 39% last year.

The growth of so-called nonfungible tokens has at least one Securities and Exchange Commission member thinking the agency needs to release guidance on the digital assets this year.

For a brief moment over the weekend, west suburban Hinsdale became the center of an internet viral moment involving inflation, burritos, wealth and privilege.

The scorn of social media users was focused on the lead ...Read More