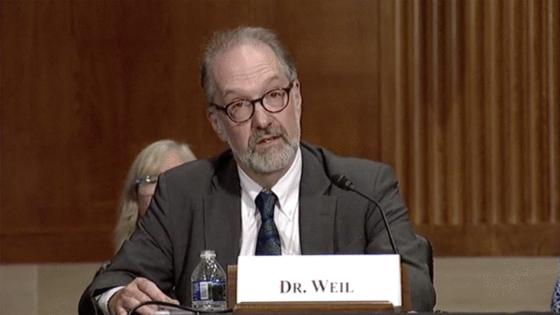 David Weil doesn't come across as a bomb-throwing leftist extremist, not this soft-spoken academic with tortoiseshell glasses, a receding hairline and his unfailingly polite replies to accusatory questions from some members of a Senate committee considering his nomination to a high Department of Labor post.

Business lobbies say they aren't fooled by such superficialities. At Brandeis University, where he is dean of the Heller School of Social Policy and Management, Weil has "pushed critical race theory and Marxist thought on students," according to Heritage Action, an offshoot of the right-wing Heritage Foundation.

A coalition of 14 industry groups, including the International Franchise Association and the National Restaurant Association, sent a letter to the Senate Committee on Health, Education, Labor and Pensions calling Weil "unfit" to head the department's powerful Wage and Hour division.

The U.S. Chamber of Commerce sent a separate objection. In his previous stint as the division's director during the Obama administration, the Chamber groused, "Dr. Weil took positions on critical questions" such as "whether an employee would be exempt from overtime, finding joint employment relationships, and whether a worker is an employee or an independent contractor."

The chamber's complaint isn't that Weil took positions on those issues, but that his positions uniformly favored workers.

The pro-management Competitive Enterprise Institute put its objections most succinctly. "Weil," it said, "is a major advocate of unionization."

It shouldn't be surprising, one supposes, for business lobbies to object to placing a pro-labor individual high up in the Department. of Labor. They became accustomed to getting their way during the Trump administration, which worked assiduously to turn the agency into the Department of Employer Rights.

Trump did so by rescinding many of the regulations that had been put in place by Weil himself. The implicit idea, hailed by the business community, was that the federal government didn't have enough agencies favoring business, so why not add the Labor Department to the list?

Now Trump's actions are being overturned by the Biden administration, which is developing an extensive portfolio of pro-worker policies. Reinstalling Weil at Wage and Hour is part of that strategy.

So is Biden's support for the Protecting the Right to Organize Act, or PRO Act, a sweeping measure that would ban a whole sheaf of actions used by employers to interfere with union organizing.

Netflix's subscriber growth slowed dramatically in the second quarter as the surge in streaming subscriptions from the COVID-19 pandemic petered out, competition increased and the company considered novel ways to grow its ...Read More