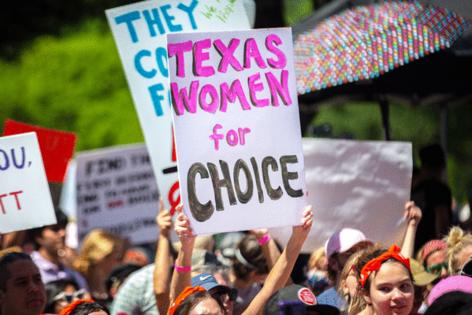 A person who performs, induces, or attempts an abortion could face up to 20 years in prison if the abortion is unsuccessful and up to life if it is successful. Abortion is still legal in Texas, as the law goes into effect 30 days after the overturning of the landmark abortion case.

A person who performs an abortion could face a fine of at least $100,000 for each violation.

The law states that criminal and civil penalties should not be construed as applying to a “pregnant female on whom an abortion is performed, induced, or attempted.” Bill author Giovanni Capriglione, a Southlake Republican, previously told the Star-Telegram penalties would not apply to a woman whose abortion was self-induced.

The law includes an exception for abortions performed on a patient in a “life-threatening physical condition” or if the pregnancy puts a patient at “poses a serious risk of substantial impairment of a major bodily function.”

Texas is one of 13 states with “trigger” laws, according to the Guttmacher Institute, a research and policy group that supports advancing reproductive rights.

The “trigger” law is distinct from Senate Bill 8, which was also passed by the state legislature last year. The law, which has been subject to court challenges, prohibits abortions after cardiac activity is detected and is enforced through civil litigation. Those being sued could face damages of at least $10,000.