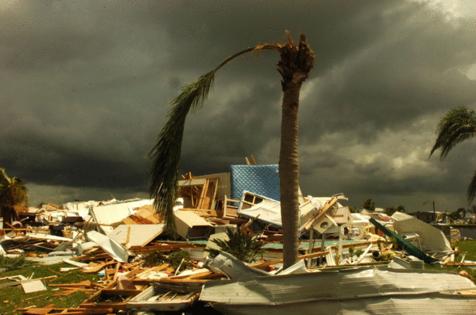 ORLANDO, Fla. — Hurricanes are terrifying and deadly forces, but experts are growing more concerned by the amount of deaths tallied up after a storm is passed, as they’ve observed indirect death totals increasing in recent years.

“Now we’re seeing more people dying after the storm,” said Michael Brennan, the Branch Chief at the National Hurricane Center. “In Louisiana, especially after both Laura and Ida, lots of carbon monoxide fatalities due to improper generator use in these so called indirect deaths.”

With the official start of hurricane season coming June 1, the National Hurricane Center wants to bring those numbers down like it did when it increased efforts to educate the public about storm surge deaths.

Since 2017, the NHC has seen seven deaths related to storm surge. In comparison, just in the last two storm seasons, it’s seen 70 indirect deaths from just hurricanes Laura and Ida.

Last September, Hurricane Ida struck Louisiana and ran up the northeast United States causing $75 billion in damages of the $80 billion incurred through the entire season, according to the National Oceanic and Atmospheric Administration. Ida also dealt 55 direct deaths and 34 indirect deaths — 26 were in Louisiana. Of those, 13 were due to heat exhaustion during power outages, five died due to exacerbated medical conditions while evacuating, six were attributed to carbon monoxide poisoning, one was killed after falling off a roof and another died in a confrontation with an alligator near a flooded marsh in St. Tammany Parish.

Last year, the Category 4 storm Ida brought intense 20-foot storm surge to some areas of Louisiana, which saw over 1 million customers lose power, according to the NOAA. In recent years, the NHC has campaigned warning residents that it isn’t a hurricane’s winds they should be afraid of but rather its waters, which have been traditionally more deadly.

In 2019, the NHC released a study showing 90% of hurricane-related deaths were water-related, with 49% of that statistic involving storm surge. Since then, the NHC targeted residents with messages of deadly storm surge hoping to get them to evacuate flood-prone areas. During Ida, only one person in Louisiana died in the storm surge. NHC director Ken Graham is happy to see a lower distribution of storm surge deaths in the last two seasons despite busy tropical activity, but he finds the high count of indirect deaths striking.

“And I think we’re making a difference with storm surge,” Graham said. “Despite this busy period, more people have lost their lives from carbon monoxide poisoning than storm surge since 2017. That’s staggering.”

The 2020 season’s Hurricane Laura also struck the Louisiana area with high storm surge. Laura directly killed seven people in the U.S. None of the fatalities were reported as storm-surge-related and all seven seemed to have died due to trees falling. However, there were 34 indirect deaths in Louisiana and Texas — all 34 were attributed to carbon monoxide poisoning.

Improper generator use isn’t the only factor endangering residents. In powerless areas, heat often becomes a dangerous variable to the medically vulnerable and first-time chainsaw users trying to clear downed trees can be a danger to themselves. For these reasons and more the NHC is taking action, said Dan Brown the NHC warning coordinator meteorologist.

“We will be increasing our post-storm messaging. That’s a big focus this year. After a hurricane passes residents need to take a lot of precautions in the recovery phase. If you don’t know how to use a power tool, find someone. Remember to rehydrate. Keep the generator properly ventilated and away from the inside of your home,” he said.

Although, post-storm deaths aren’t the only bane against the hurricane center’s safety efforts. Water is still the big killer. Although, storm-surge-related deaths have been down the last five years, freshwater flooding fatalities are high. Ida in particular saw that of the 55 recorded direct deaths, 48 were due to freshwater flooding in the northeast U.S. according to the NOAA.

Since 2017, there have been 175 freshwater deaths in the U.S., Brown said. It’s just another reason the NHC plans to increase its messaging. Although, the NHC already has a fairly large following.

After Ida, the NHC started including safety messaging in their social media outreach and in its key messages at the bottom of its tropical cyclone discussion. Prior to Ida’s landfall, the NHC’s key messages graphic was viewed by 27 million people between Aug. 26-30. There were another 11 million impressions made on Twitter.

“We want to reach even more people than that,” Brown said. “In our post-storm messaging we’re increasing our efforts with what hazards pose the biggest threat and make sure people know what causes injuries and fatalities after a storm.”

ORLANDO, Fla. — The tropics may be quiet, but forecasters at the National Hurricane Center are listening.

The NHC began its daily tropical outlooks on Sunday, two weeks ahead of the official start of the 2022 Atlantic ...Read More

The Texas power grid operator is asking homes and businesses to conserve energy this weekend as high heat drives up demand for electricity.

Temperatures in Dallas are forecast to hit 96 degrees Saturday, according to the ...Read More