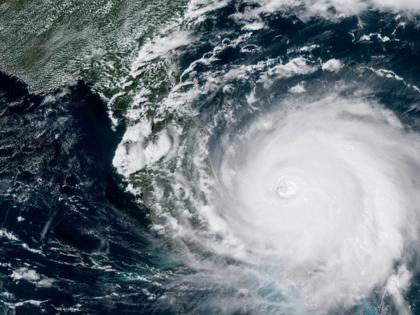 MIAMI — Over the last 40 years, North American cars and power plants have gotten cleaner. They spewed far less pollution into the atmosphere, a difference visible by satellites.

But a new paper from NOAA published Wednesday in the journal Science Advances suggests that the cleaner air may have had an unintended effect — more hurricanes.

Study author Hiroyuki Murakami, a physical scientist at NOAA’s Geophysical Fluid Dynamics Laboratory, said he found a connection between the number of hurricanes and the amount of air pollution in the form of particles called aerosols.

“We naturally think it’s better to decrease aerosols, but on the other hand, it doesn’t always lead to good things. In our new study, we found decreasing aerosols will lead to an increase in tropical cyclones,” he said. “That’s something we find very ironic.”

Murakami also found that increased air pollution over Asia in the last 40 years led to fewer storms over the Western Pacific.

So how exactly does that work?

Floridians in particular are familiar with meteorologists talking about Saharan dust, a layer of dirt from the Sahara desert in Africa that periodically enters the atmosphere over the Atlantic and tends to limit the development of tropical systems.

Particles floating in the air — whether naturally occurring like Saharan dust or human-caused air pollution from car tailpipes, power plants and industrial facilities — block sunlight from reaching the surface of the ocean. When those particles fade away, it’s easier for the water to get hotter and form more humid rain clouds, which can birth storms.

It also heats up the air in higher levels of the atmosphere, which Murakami found can slow down those generally faster higher level winds to the same speed as the winds closer to earth. Without those differing wind speeds, there’s less wind shear, which creates a friendlier atmosphere for storms to thrive.

Murakami’s paper looked backward, but he stressed that the findings don’t necessarily apply going forward, and that’s because of climate change.

“What we saw over the past 40 years may not be applied to the future, because in the future the greenhouse effect will be predominant,” he said.

Whatever changes in air pollution North America continues to make will likely be drowned out by the greenhouse gasses heating the atmosphere. Storms forming in the hotter oceans of the hotter planet are more likely to be bigger, wetter and slower.

Scientists have also found that climate change may actually lead to fewer storms in the future, but the storms that form are more likely to be powerful Category 3, 4 and 5 hurricanes.

“What we found is the increase in hurricanes in the past 40 years, I think now it has topped out and will go down in the future,” Murakami said.