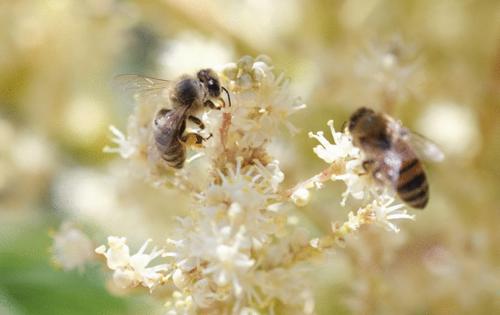 The decision, which may carry deep consequences for the state's agriculture industry, focuses on the arcane wording and complicated legal history of the California Endangered Species Act — a precursor to the federal law.

The court said late Wednesday that it would not hear arguments over whether the California Fish and Game Commission can consider granting protections to a number of bumblebee species whose populations are in steady decline. For the last three years, state almond growers, builders and pesticide companies had been arguing that bumblebees were exempt from listing because the state conservation law does not mention insects.

In writing for the court, however, Chief Justice Tani Cantil-Sakauye said that even though the law does not use the word "insects," sections of the law suggest that invertebrates may be grouped under the category of fish. She also suggested that the Legislature "is in a position to make whatever statutory amendments it may regard as necessary or useful" to clarify such ambiguities in the endangered species act.

Cantil-Sakauye also warned against misconstruing the decision as "an affirmative determination by this court that under the law, bumblebees are fish."

"We are elated with the California Supreme Court decision," said Sarina Jepsen, endangered species director with the Xerxes Society for Invertebrate Conservation. "Now, some of California's most endangered pollinators may be saved from extinction."

The dispute arose after a coalition of conservation groups led by the Xerces Society, Defenders of Wildlife and the Center for Food Safety in 2018 submitted a petition to protect four species: the western, Franklin's, Suckley's cuckoo and Crotch's bumblebees.

The California Fish and Game Commission voted to begin the listing process, but several agricultural and pesticide industry interests — including the Almond Alliance of California, the California Association of Pest Control Advisors and the California Building Industry Association — challenged its decision.

They worried that listing the four species would open the door to protections for any of the more than 1,000 species of native bumblebees in California, as well as countless other insects.

The United Nations climate summit in Egypt this month broke ground with a new agreement to compensate poor nations for the effects of global warming. The creation of a loss and damage fund is an important, if overdue, step...Read More

CHARLOTTE, N.C. — As the world’s most crowd-pleasing YouTuber, Jimmy “MrBeast” Donaldson has filmed himself eating a 6-foot slice of pizza, driving a car built out of Legos, riding 1,000 laps on a Ferris wheel ...Read More

Since I started working from home, I've become obsessed with improving every aspect of my personal office space. I threw out my dilapidated gaming chair and opted for a sturdier and more comfortable Herman Miller. I ...Read More

1MORE has recently launched its first entry into Bluetooth ANC headphones with the cost-friendly and great-sounding SonoFlow.

I’m writing this column on Cyber Monday, and if your email inbox is anything like mine, every company I’ve ever dealt with online is sending emails trying to steer me to buy something on their website.

The time fathers devote to child care every week has tripled over the past 50 years in the United States. The increase in fathers’ involvement in child rearing is even steeper in countries that have expanded paid ...Read More