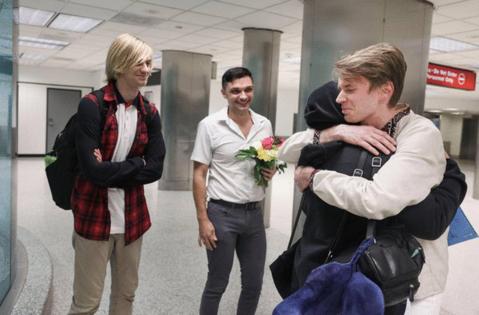 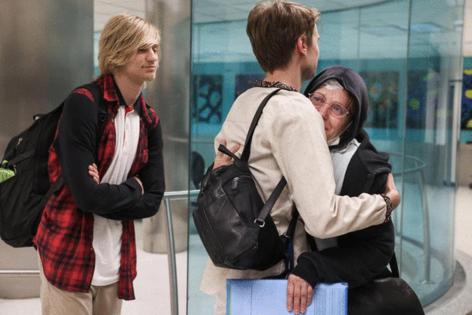 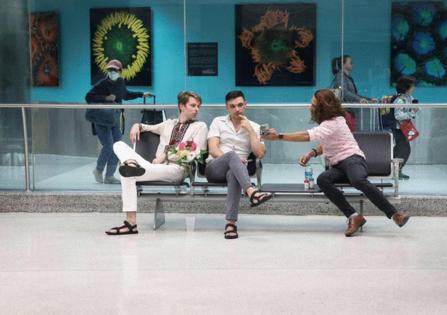 Tears dripped down his face. Zhenzhirov, 30, couldn’t bring himself to eat lunch. He sobbed at the table beside his husband, Roman Shyshkin, 37.

But his tears didn’t stream from sadness. That recent Tuesday night would be the first time in more than seven years he would see his mother, Nataliia Zhenzhirova, and brother, Arsenii Zhenzhirov.

Zhenzhirova, 51, and Arsenii, 17, escaped from Ukraine when Russia invaded the country in February. They were coming to the U.S. through the Biden administration’s Uniting for Ukraine program, which committed to welcoming 100,000 Ukrainian refugees.

Zhenzhirov and Shyshkin applied for Zhenzhirova and Arsenii the same day the program opened. In the following days, the couple heard about other Ukrainians getting approved. But their family’s application showed no change in status.

So they reapplied — and were approved the next day.

“If we waited, we would still be waiting,” Shyshkin said.

Zhenzhirov said his family in Ukraine applied for visas six times over their seven years of separation, only to be denied for unknown reasons. Now, four months since leaving Ukraine, the family was ready to be together again.