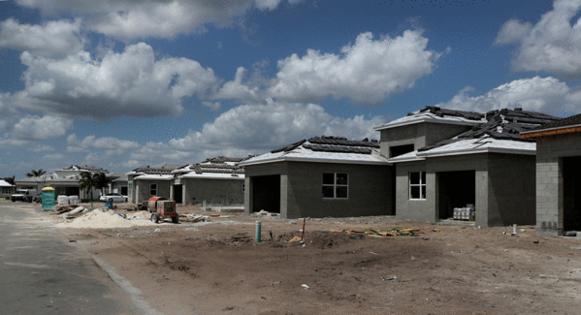 Rising demand from out-of-state buyers and local residents have only added more pressure to a market that has been severely underbuilt for years.

Why is the region behind, and is there any hope of a more balanced market? It’s complicated.

Experts say that a balanced market (in which both sellers and buyers are on an equal playing field) should have about five months of inventory on the market. Currently, each of the three counties in our region are dealing with around one month’s supply of single-family homes, and the South Florida area has seen supply only further dwindle over the past two years.

According to a Zillow study on permits and population growth, South Florida’s deficit in homes has been brewing for years.

When they compared the number of building permits since 2008 that the area should have handed out to keep up with population growth, and compared it to the rate from 1985 to 2000, their numbers indicate that South Florida has experienced a shortfall of 142,650 homes since then.

“The implications of this shortfall are being felt now as home prices rise across the country. A limited supply of homes as demand has surged is a main driver of rapid home price growth during the pandemic,” Zillow said.

Why is inventory so low?

A lack of available buildable land, along with supply chain issues, increasing costs, and zoning laws make it difficult for developers to deliver new housing.