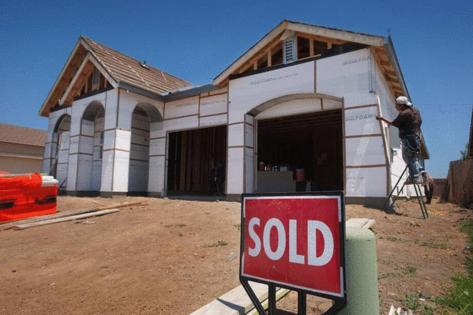 Think housing is already difficult to afford in California? Thanks to the Federal Reserve’s interest rate hike Wednesday, it could get even tougher.

The Fed raised a key interest rate a half-point, its biggest single increase in 22 years. That could mean mortgage rates in California could shortly climb to an average slightly above their current 5% level for a fixed rate loan, said Jordan Levine, chief economist at the California Association of Realtors.

As a result, someone buying a median priced home, projected this year at about $835,000, would pay about $800 more per month than if they had bought it when rates were around 3% at the start of this year.

Even before the rate hike, affordability was getting harder.

In the first quarter of 2022, the Realtors estimated a median priced home in the state cost $797,000. It figured 24% of California households could afford to buy a home at that price during the first three months of 2022.

The Realtors’ data showed that in Sacramento County, the median price of a home in the first quarter was $545,000, requiring a minimum annual income of $108,000. Monthly payment averaged $2,700.

In San Luis Obispo County, the median was $852,250. Minimum income was $168,800 and monthly payment averaged $4,220.The most affordable counties in the state were Lassen, Kings, Shasta and Siskiyou. Least affordable were Mono, Santa Barbara, Santa Cruz and Orange Counties.

Levine noted that mortgage interest rates have gone up to roughly 5% or slightly higher in anticipation of the Fed action.

“Over the short run I think we’ll see sales hold up,” he said, because buyers are expecting the rates rise further, creating a sense of urgency for committed buyers to complete a sale before it becomes more expensive to borrow.

But as the year progresses, and the Fed raises rates further, Levine thought the trend “will eventually crimp home sales. Still in an excess demand environment. I do think at the margins there will be folks not able to absorb the increase in costs.”

Robert Lapsley, president of the Business Roundtable, cited another factor that could affect sales. “It could have more impact on the psychology of our housing market for first time buyers,” he said.