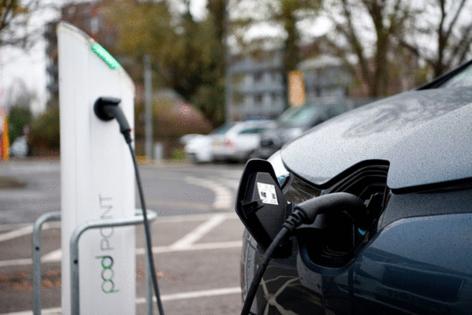 Minneapolis-based Xcel, in a filing with Minnesota utility regulators, proposed building 730 new fast-charging stations across Minnesota during the next several years — an investment alone of about $170 million. It also would operate those chargers.

While other charging station initiatives are underway in the state, none comes close to Xcel's proposal. Currently, Minnesota only has about 55 public DC fast-charging stations, though there are at least another 20 supercharging stations for Tesla owners.

"This matches the ambition and boldness we want to see from Xcel in supporting the transition to electric vehicles in Minnesota," said Anjali Bains, lead director of energy access and equity at St. Paul-based Fresh Energy, a nonprofit clean power research and advocacy group.

Xcel is thinking big not only on chargers, Bains said, but with its plans for new or expanded charging programs for residential and commercial customers, as well as a school bus electrification initiative.

Under the school bus pilot program, which would cost more than $30 million, Xcel would own and operate 32 school buses, as well as about 40 chargers and other equipment, according to a filing with the Minnesota Public Utilities Commission (PUC). It would work with school bus companies to get them on the road.

The PUC must approve Xcel's new electric vehicle plans, which would ultimately be paid for by Minnesota ratepayers. The program's costs would be spread out from 2022 through 2026, with most expenses falling in the last three years.

"This is a comprehensive plan to help drive Minnesota towards its target," said Nadia El Mallakh, Xcel's area vice president for clean transportation and strategic partnerships.

Minnesota is a relative laggard in adoption of electric vehicles compared with other states. Right now, they make up less than 1% of registered Minnesota cars and light trucks.

DETROIT — A federal judge on Monday sentenced the U.S. division of Stellantis NV to pay $300 million in penalties and forfeitures for cheating on government emissions testing on "clean EcoDiesel" for Jeep Grand Cherokee ...Read More

DETROIT — The United Auto Workers' 38th Constitutional Convention ended on a dramatic note Thursday, reflecting internal fissures — as well as some signs of progress — in a union attempting to move beyond a years-...Read More