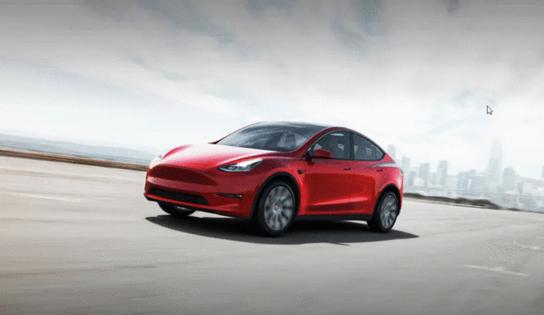 The electric-vehicle maker's Model Y and Model 3 were No. 1 and No. 2, respectively, on the annual ranking released Tuesday of available current-year models that have the greatest impact on the U.S. economy. This marks the second consecutive year that the Austin, Texas-based startup has claimed the title of most American-made.

Tesla's regional approach to manufacturing helped it dominate the top of the index. The company claims 100% domestic production for all cars it sells in the U.S., above the industry's approximately 52% average, according to Cars.com. Tesla's U.S. lineup is assembled in plants in California and Texas, with major components sourced domestically and in some cases from in-house.

The complete list is available at Cars.com/ami. The top 10 includes:

A Ford Motor Co. plant in Valencia, Spain, is poised to become the automaker's next electric-vehicle manufacturing base in Europe.

The company said Wednesday it has selected the Valencia facility as the "preferred site" ...Read More

The company will ...Read More

Q: My 2014 Jeep Grand Cherokee suddenly developed a clunk downshifting at a stop sign. Then, at the next stop sign, even my wife heard it. Took it to my local garage here, who I have great trust in, as they have saved me a...Read More

Amid rising commodity costs, General Motors Co. is upping the price on its GMC Hummer EV pickup and SUV by $6,250 starting June 18.

You might not realize it, but many sons have followed their fathers in the automotive industry. Here are a few who have.

Tesla has boosted prices by up to $6,000 for all models but not all versions of its electric cars.

The company’s cheapest vehicle, the rear-wheel-drive Model 3, was not included in the Wednesday cost hikes, and remains ...Read More