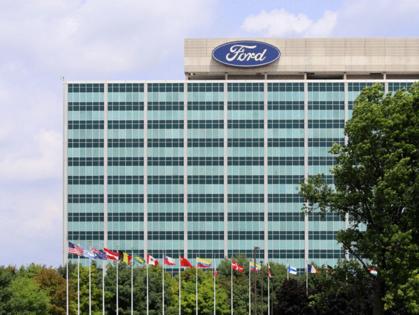 Still, executives said supply-chain management will be an even more pressing issue as the automaker electrifies more of its lineup — with the raw materials needed for electric-vehicle batteries being a significant focus.

The Dearborn automaker posted a $3.1 billion net loss on revenue of $34.5 billion Wednesday. That's down from the first quarter of 2021, when it reported a $3.3 billion profit on $36.2 billion in revenue.

Meanwhile, Ford reported $2.3 billion in adjusted earnings before interest and taxes — a financial metric that does not include special items such as the stake in Rivian. Adjusted EBIT was down from $3.9 billion in the same period last year.

Despite the supply-chain and production challenges the automaker faced in the first quarter, it maintained its full-year guidance of $11.5 billion to $12.5 billion in adjusted EBIT. The company expects chip supplies to improve in the second half and for full-year vehicle wholesale volumes to increase 10% to 15% over 2021.

Meanwhile, crosstown rival General Motors Co. on Tuesday reported a $2.9 billion profit for the first quarter, down slightly from the $3 billion it reported a year ago.

GM executives pointed out high commodity and logistics costs, which totaled about $1 billion in Q1.

The Detroit automaker, too, signaled it sees semiconductor chip supplies improving, and reaffirmed its guidance of adjusted earnings in the range of $13 billion to $15 billion for the year.

Stellantis NV reports its revenues and shipments on May 5, and will report first-half earnings July 26.

A development authority east of Atlanta has voted to approve an "economic development agreement" for the planned $5 billion Rivian factory, outlining terms with the electric vehicle company, including environmental ...Read More