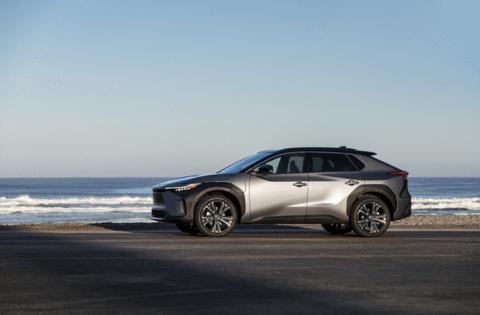 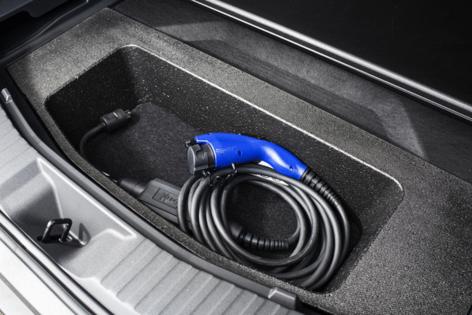 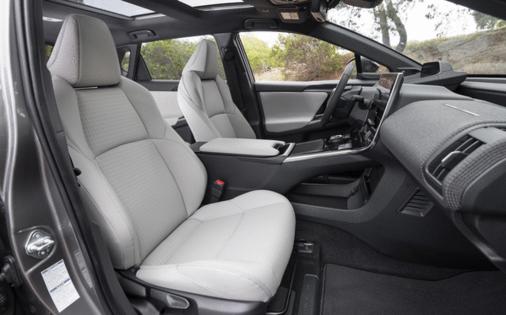 ENCINITAS, California — Toyota pioneered the green auto segment 20 years ago with its egg-shaped Prius, expanding its customer base from Camry shoppers, Tacoma off-roaders and Supra speedsters to include hybrid tree-huggers.

These loyal green customers then watched over the last decade as Tesla stole Toyota’s green eco-mantle with the all-electric Model 3 and Model Y.

The faithful have finally been rewarded with the all-new 2023 Toyota bZ4X, the first all-electric Toyota built on a skateboard chassis. Just like a Tesla, but Toyota-fied.

Stepping on the gas (electric?) pedal, I surged out of a stoplight on Carlsbad Highway north of San Diego, leaving traffic behind. Tesla made macho acceleration an EV trademark — contrary to the snail-like Pious — and the bZ4X doesn’t disappoint. Liquid smooth and quiet as a beach breeze, the SUV is pleasant to drive around town devoid of a droning CVT transmission or gutteral V-6. Toggle the regen button (conveniently located right next to the rotary shifter) and you can one-pedal drive. Just like a Tesla.

That puts it at the back of the pack of Model Y pretenders (Tesla dominates the EV market with some 70% of sales) that have flooded the market, including the Subaru Solterra (which shares the bZ4X’s skateboard platform), Volkswagen ID.4, Hyundai Ioniq 5, Kia EV6, Volvo C40 and my favorite, Ford's Mustang Mach-E.

Like the Camry sedan and RAV4 SUV, bZ4X’s game plan revolves around reliability and room. Vroom? Not so much. Unlike some automakers that have set dates for their all-EV future, Toyota recognizes EVs are a niche for now. You want thrills? Check out the all-new gas-fired GR86 sports car and twin-turbo V6 Tundra — also released this year.

Like its stablemates, bZ4X will turn you head. Borrowing design cues from an alphabet soup of sources — fascia from the Model X, flanks from Lexus NX, fender classing from RAV4, taillights from Prius — it poses a coherent, premium design statement. And that’s a good thing since bZ4X starts at $42K (on par with ID.4, Ioniq 5 and Co.), well north of a RAV4 hybrid.

Less appealing is its alphabet soup of a name: bZ4X. No worries, I speak Alphanumeric.

Translation: BZ is short for Beyond Zero (important to its righteous image, but a dubious claim of zero emissions since the SUV’s battery is mined from the world’s lithium deposits, then charged via America’s fossil-fuel-fired energy grid). Then things get really obtuse. The 4 stands for midsize vehicle (3 is for compact, 2 for subcompact, and so on). And X is for crossover.