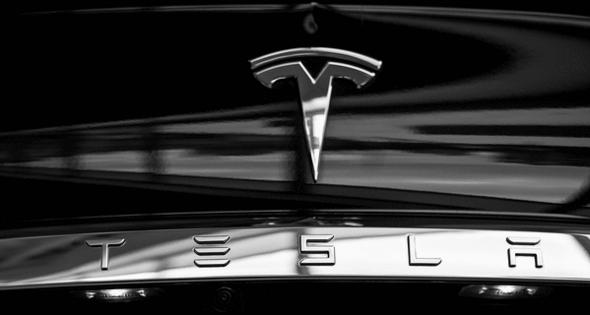 Tesla Inc. reported better-than-expected first-quarter results, buoyed by strong demand for its electric vehicles, but warned of supply-chain challenges for the rest of the year.

The first major U.S. automaker to report financial results for the first three months, Tesla easily beat estimates with a record profit. It cautioned that production remains constrained by shortages of key components, a common refrain for automakers due to global bottlenecks on supplies of semiconductors and other parts.

“Our own factories have been running below capacity for several quarters as supply chain became the main limiting factor, which is likely to continue through the rest of 2022,” it said in a letter to shareholders.

But the Austin, Texas-based company posted strong gains in profit and revenue for the first three months, including the sale of regulatory credits totaling $679 million — more than double the previous quarter. Tesla has generated billions through credit sales that allow other automakers to comply with stricter emissions regulations.

“It’s a big number, and it speaks to where the rest of the auto industry is when it comes to selling EVs in high volumes,” said Gene Munster, managing partner of Loup Ventures. “They are still behind” Tesla, he said.

While Tesla is still by far the world’s most-valuable auto company, with a market capitalization of $1.01 trillion, the shares have declined 7.5% this year amid concerns about global shortages of key parts. But the company has fared better than bigger-volume rivals, such as General Motors Co. and Ford Motor Co., whose shares are down 29% and 23% respectively.

Profit at Elon Musk’s electric-vehicle and clean-energy company totaled $3.22 a share, excluding some items, the Austin, Texas-based automaker said Wednesday. That beat the $2.27 average of analysts’ estimates. Revenue rose to $18.8 billion, compared with estimates of $17.9 billion.

A Covid-19 lockdown in Shanghai forced its factory to halt output, crimping production in China. “Although limited production has recently restarted, we continue to monitor the situation closely,” Tesla said.

The global EV market leader is expanding on three continents, with new factories in Austin and Berlin alongside existing plants in California and Shanghai. It delivered over 936,000 cars last year and reported deliveries of 310,048 vehicles worldwide in the first quarter. The company said it’s still projecting 50% annual growth rate even as those new factories come online.

Tesla continues to add to a growing war chest: It finished the first three months with $18 billion in cash and cash equivalents. It also continues to chip away at its debt load, carrying less than $100 million in debt at then end of the quarter, excluding financing for its vehicle and energy products.

Subaru's largest SUV has a daring new look for 2022. The Onyx edition offers a cool aesthetic, with blacked-out grille and darkened 20-inch wheels. Inside, washable synthetic leather seats are quickly ready for the next ...Read More