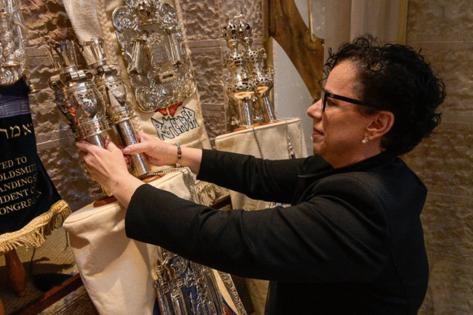 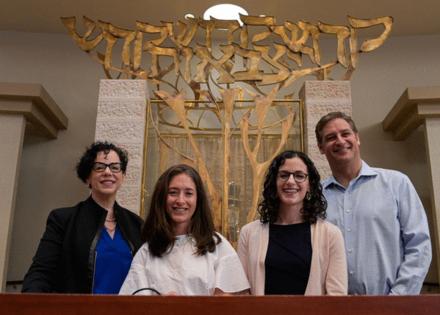 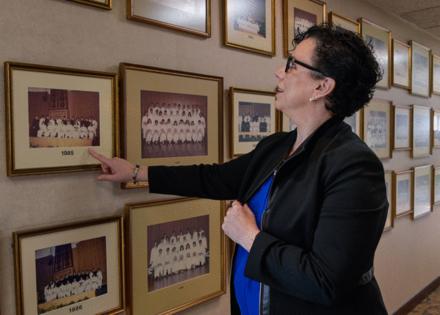 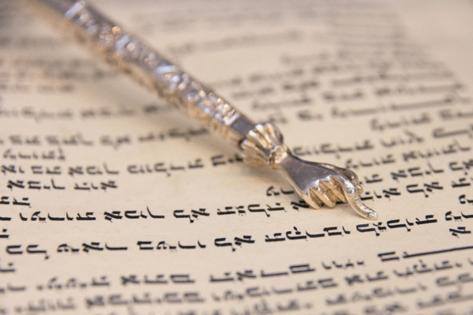 Membership at Har Sinai Congregation and Temple Oheb Shalom dwindled for years, and with it their prospects for long-term survival. They considered merging five years ago, then talks moved forward in fits and starts. They united legally, then a pandemic hit.

Now the members of the nation’s “newest and oldest Reform congregation,” as its leadership team is calling it, are poised to celebrate their union and jump-start a new chapter of Baltimore Jewish history. This Friday, the nearly 500 families that make up Har Sinai-Oheb Shalom Congregation will install their first rabbi, the internationally recognized scholar Rachel Sabath Beit-Halachmi, in a formal ceremony, followed by a celebratory dinner and family events.

The activities will kick off a monthlong festival set to draw some of the biggest names in global Reform Judaism. Sabath says the festivities are designed as a dramatic statement of the spiritual and cultural heights to which the congregation aspires.

In the shorter term, those who have spent months ironing out the details of the merger, much of it as the coronavirus pandemic raged, sound thrilled just to see their efforts on the verge of paying off.

“It seems symbolic that we’re experiencing this change in the weather from winter to springtime, and the restrictions around COVID will hopefully continue to ease, and it’s all creating such an optimistic, open feeling,” says Abby Hoffman, a longtime Har Sinai member now serving as a vice president of the new congregation. “It’s time to come together physically and on all levels and march forward.”

With origins in 19th century Germany, Reform Judaism is a progressive denomination of the 4,000-year-old Jewish faith, a branch whose believers place less emphasis on the religion’s ritual aspects and more on what they see as its ethical imperatives.

Both Har Sinai and Temple Oheb Shalom helped make Reform Judaism part of the American landscape. It was in Baltimore in 1842 that a group of German immigrants, frustrated with some of the practices of their Orthodox Jewish congregation, founded Har Sinai (”Mount Sinai”), the first congregation in the U.S. conceived around Reform prayer rites. Immigrants from Hungary and Czechoslovakia established Oheb Shalom (“Lovers of Peace”) 11 years later.

Both quickly earned a name for social activism. Har Sinai’s first rabbi, David Einhorn, incensed so many people with his anti-slavery views that he was forced to flee Baltimore, according to the new synagogue’s website. Henrietta Szold, the daughter of one of Oheb Shalom’s earliest rabbis, founded Hadassah, one of the world’s largest Jewish service organizations.

As the decades passed, both congregations moved from their original homes to sites in Northwest Baltimore. They developed close ties as leaders marched during the civil rights movement of the 1960s, and they co-sponsored a range of events and social services that lasted into this century.