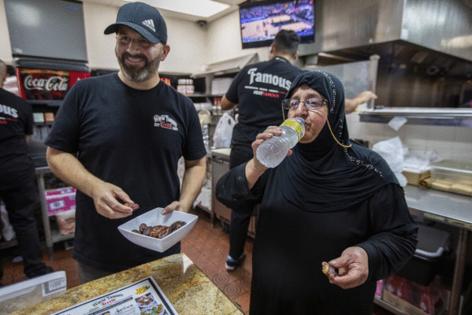 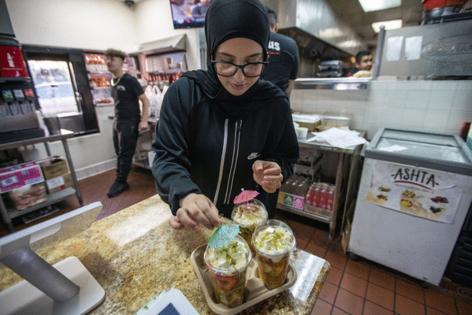 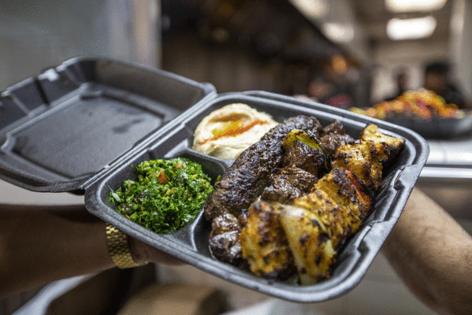 Ali Tehfi watched as his crew, many of them fasting for Ramadan like him, bagged orders, filled soda cups and alternated between cooking up burgers, quesadillas and kabobs. They worked amid the cacophony of clanging utensils, unfazed by the constant presence of food despite their empty stomachs.

"There's times where literally all the food is in front of me and we're making things or have orders, and it doesn't bother me," said Tehfi, who opened World Famous Grill in Bell, California, 15 years ago. "The whole purpose of fasting is to fast from everything — not just food — but from everything that's bad."

During Ramadan, the ninth month of the Islamic calendar, Muslims fast from shortly before dawn until dusk as part of a broader call to refrain from sinning and to bolster their patience, enhance their understanding of sacrifice and strengthen their relationship with God.

For non-Muslims, the idea of a fasting for a month while working around food might seem torturous. Yet nearly two weeks into his fast, the only thing Tehfi truly missed was the coffee he typically sips throughout the day. His cousin thought about the cigarette she could be smoking. And the young woman working the register was hungry, but not particularly tempted by the chicken sizzling in the kitchen.

"Sometimes people come to break the fast and they're impatient," Tehfi, 42, said. "And I say, 'Brother, you fasted for how many hours all day? You can't wait an extra five minutes? You haven't gained that patience from your fast?'"

Tehfi often tells his five sons — ages 5 to 18 — that they need to understand why they are fasting and praying during Ramadan. His older sons play soccer while fasting, he said, and a younger one decided to try to fast with the rest of his family, even though young children aren't required to participate.

"For me, it's a form of meditation," said Tehfi, who began fasting when he was 8. "When you cannot drink water when you're so thirsty, and not eat when you're so hungry, then you can face other stuff."

But fasting, one of the five pillars of Islam, a practice required of those who are healthy enough to do so during Ramadan, isn't so easy for everyone. It can be tiring to navigate nighttime prayers, wake up in time for a predawn breakfast and then endure a full day's work. Few places would seem like a tougher proving ground for keeping the faith than working in a restaurant.

Behind the doors of the grill's kitchen in the early afternoon, Leila Chahine stood over a metal table near the oven and pulverized chickpeas in a food processor, mixing the legume with olive oil and and ladles of tahini to make a creamy hummus. To her, fasting is a means of testing herself — a challenge she doesn't always love, but one that she values.