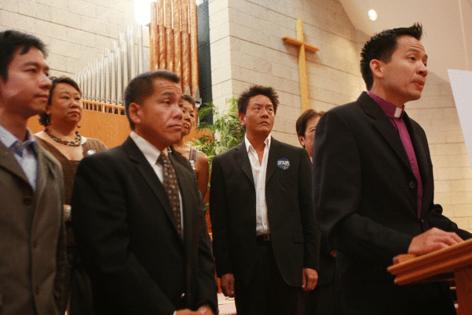 The issue of full inclusion has been brewing in the United Methodist Church for decades.

In 2019, the denomination upheld and strengthened prohibitions against the ordination of non-celibate LGBTQ clergy and performing same-sex marriages.

Conservatives, though, fear the denomination, the second largest Protestant denomination in the United States, could eventually swing more toward progressives.

The decision to announce a launch date now rather than wait was likely due to the United Methodist Church’s decision to postpone the General Conference, which was to be held Aug. 29 through Sept. 6 in Minneapolis.

The General Conference is now pushed back to 2024.

Delegates were to vote on an orderly split from the UMC under the proposed “Protocol of Reconciliation and Grace through Separation” at that meeting.

The General Conference had been delayed before. The 2020 conference was postponed to 2022 then two years from now.

The Rev. Keith Boyette, chairman of the 17-member Transitional Leadership Council and president of the Wesleyan Covenant Association said in a press release that many United Methodists have grown impatient with the UMC, a “denomination clearly struggling to function effectively at the general church level. "