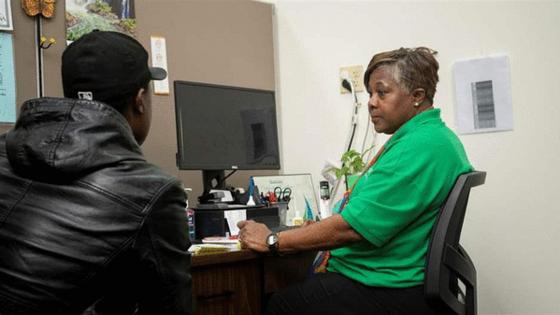 Maryland and Massachusetts, soon to be followed by other states, now allow taxpayers to begin the sign-up for health care coverage on their tax returns, aiming to draw many residents into low- or no-cost plans they may not know they qualify for.

The effort is intended to gather in many of the last Americans — more than 28 million of them — still without health insurance, despite the gains achieved by the 2010 Affordable Care Act.

A quarter of those people are eligible for Medicaid, the public health plan for low-income Americans, according to an analysis of the uninsured by the Kaiser Family Foundation. And more than a third could get federal tax subsidies to help them pay for at least part of the premiums for private plans.

“As surprising as it may seem, there are many people out there who don’t know there are insurance options for them,” said Michele Eberle, executive director of the Maryland Health Benefit Exchange, a state agency that helps enroll residents. “People are just surviving out there. They don’t know what’s available to them.”

Republican Gov. Larry Hogan signed Maryland’s first-of-its-kind measure into law in 2019. For the past two years, Maryland income tax forms have included a box that taxpayers can check to indicate they do not have health insurance. With the taxpayer’s permission, the state comptroller submits the household’s income and family size data to the state’s health insurance exchange for possible enrollment in Medicaid or subsidized private insurance.

The Massachusetts legislature adopted a similar measure this year, which will be implemented next year.

Other states are following suit.

Colorado and New Jersey have passed legislation, both with strong bipartisan support, to implement their own easy enrollment plans via tax returns. Colorado Democratic Gov. Jared Polis signed the bill into law. In New Jersey, Democratic Gov. Phil Murphy has said he strongly supports the measure, but asked for some small technical changes, which the legislature is likely to adopt next month.

The idea also is gaining steam, either legislatively or administratively, in New Mexico, Pennsylvania and Virginia.

Van Hollen cited the success in Maryland, which has enrolled nearly 7,000 residents over the past two years, according to the Maryland Health Benefit Exchange. The state’s uninsured rate was 6% in 2019, the last year for which statistics are available. Nationally, according to last year’s census, the percentage of those without health insurance is 8.6%.

President Joe Biden’s Build Back Better bill before Congress would increase federal subsidies for health insurance and make millions more people eligible for Medicaid. Proponents say a check-off box on federal tax returns would alert many of those taxpayers of their options and usher them into health insurance plans.

In 2020, the first year of Maryland’s Easy Enrollment program, 60,645 Maryland taxpayers checked the box indicating they didn’t have health insurance. The state determined that 53,146 were eligible for either Medicaid or a federal tax credit. Of those, 4,015 people, or 7.6%, ultimately enrolled in a health plan.

“We’re pleased with that 10%,” said Eberle. “Although it sounds low, it’s 10% more than we would have gotten otherwise.”

Most of the other taxpayers didn’t respond to the state’s outreach. Nevertheless, Eberle said the information collected from the tax returns could help her office to better target its marketing and education campaigns.

Of those who enrolled in health care plans through their Maryland tax return, Eberle said nearly a quarter identified as Black and 20% as Latino. More than 40% were ages 18 to 34, a group notorious for low rates of insurance.

Nearly three-quarters of the new enrollees joined Medicaid. The rest enrolled in commercial plans, and about 95% of them qualified for federal tax credits, Eberle said.

Last year, as thousands of people were laid off in the first months of the pandemic, Kentucky’s Medicaid agency followed up with those who applied for unemployment benefits to enroll them in health plans. Eric Friedlander, secretary of the Kentucky Cabinet for Health and Family Services, said in an interview that outreach contributed to a 130,000-person bump in the state’s Medicaid rolls during the pandemic.

In Massachusetts, which has the lowest rate of residents without health insurance at 3%, officials have been frustrated at the hurdles to getting everyone into health plans, said Audrey Morse Gasteier, chief of policy and strategy at the Massachusetts Health Connector, the state’s health insurance exchange.

“We’ve devoted lots of resources and efforts into marketing and outreach and community engagement into getting people enrolled,” she said. “That remaining 3% is very vexing to us, and we remain committed to reaching that population.”

With that goal in mind, Republican Gov. Charlie Baker’s administration pushed a new law that will introduce a program next year like Maryland’s.

The Easy Enrollment concept in Maryland originated in the Maryland Health Insurance Coverage Protection Commission, a panel comprising lawmakers, hospitals and other providers and consumer advocates that the legislature created to recommend measures to improve access to health care in Maryland.

And one way to do that, he said, was to leverage residents’ interactions with government bureaucracy, such as tax-collecting agencies.

“The success of the ACA is terrific, but we need to get the rest of the way for health care for all Marylanders and Americans,” he said.

As the U.S. nears a national peak in the surge of the omicron variant, many states are already seeing a decline in COVID-19 cases. Mayo Clinic's Predictive Analytics Task Force has been tracking COVID-19 cases in the U.S. ...Read More

January is Cervical Health Awareness Month, which makes this a good time to learn about cervical cancer risk factors.

For three years, Rachel Makkar said, she thrived in her job as a broker and asset manager at J&B Building Co. in Colorado. She excelled at her work — she said her performance reviews noted that — and she thought it was...Read More

DEAR MAYO CLINIC: My child moves around a lot at bedtime and has trouble falling asleep. She describes "bugs" on her legs. As someone who was diagnosed with restless legs syndrome, I am wondering if children can develop ...Read More

AUSTIN, Texas -- Doctors at UT Health Austin have been trying to solve the puzzle of why some COVID-19 patients remain sick for months or now years.

Since last July, people who have what some call long COVID or long-...Read More

PHILADELPHIA — The coming weeks should bring a new phase in the pandemic, as policy shifts and a supply of up to a billion free, government-issued rapid test kits for home use promise to make diagnosing COVID-19 at home ...Read More