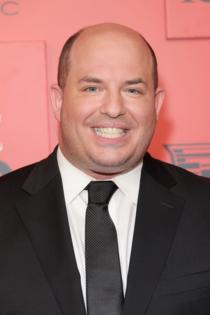 Stelter announced his departure to NPR. A CNN representative did not respond to a request for comment.

Stelter is scheduled to do his final broadcast on Sunday, according to a person familiar with the plans who was not authorized to discuss the matter publicly.

The person said CNN will continue to cover the media on its digital platforms, including the "Reliable Sources" newsletter that was a popular read among media industry insiders.

But the thinking inside CNN under Licht is that a program analyzing the media was too inside baseball for a TV audience, especially on Sunday morning when a large number of viewers tune in for news.

Stelter's exit may be the beginning of other moves under Licht, who took over the top job at CNN in April — recruited by Warner Bros. Discovery Chief Executive David Zaslav. Licht has told the troops at CNN that they will get a clearer idea of his vision for the network as they enter the fall.

"Reliable Sources" is one of the the longest-running programs on CNN, established as a forum for critiques on the media. The program became more political during Donald Trump's years in the White House as the former president frequently attacked the media and CNN in particular.

CNN executives became less comfortable with the show in recent years, especially as the network itself has become engulfed in controversies.

Stelter was often in the tricky position of reporting on CNN, especially when host Chris Cuomo came under fire last year when it was revealed that he was assisting his brother, former New York Gov. Andrew Cuomo, as he battled allegations of sexual harassment. Chris Cuomo was fired in December 2021, as the network believed he was not forthcoming about his level of involvement in helping his brother.

Stelter was hired to host "Reliable Sources" by former CNN president Jeff Zucker, in November 2013, filling the role that had long been held by Howard Kurtz, who moved to Fox News. Stelter had been a media reporter at the New York Times after making a name for himself as the founder of TVNewser, a blog that tracked the TV news industry.