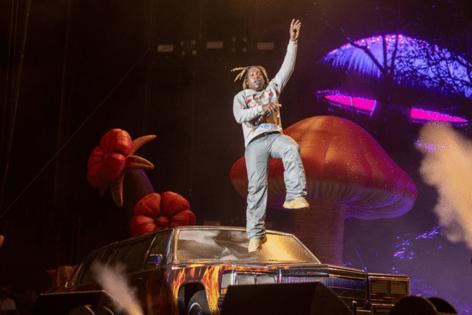 Festival promoter Goldenvoice announced Friday that it has canceled the three-day Las Vegas music event, which was scheduled for Sept. 2-4. A statement posted to the fest's official social media pages explained the abrupt cancellation.

"We're sorry to announce that a combination of logistics, timing and production issues have forced us to cancel Day N Vegas for 2022," the statement read.

A concert industry executive with knowledge of the festival confirmed to the L.A. Times that ticket sales had not met expectations. A source also said that the looming recession has impacted ticket sales for festivals, including Day N Vegas. The sources requested anonymity because they were not authorized to speak publicly.

In Friday's statement, Day N Vegas said it has started the refund process.

The festival is a prominent showcase for hip-hop, rap and R&B artists. Playboi Carti, Jorja Smith, City Girls, 21 Savage, H.E.R., Joji, Jhene Aiko and Steve Lacy were among the additional artists on this year's lineup.

The final day of the now-canceled event would have marked rapper Travis Scott's first festival appearance since the fatal Astroworld tragedy in November 2021.

Ten concertgoers died at the Houston event when crowds surged toward the stage to see the hip-hop star perform. It was the deadliest American concert since the 2017 mass shooting at a country music festival in Las Vegas.

While he will no longer headline Day N Vegas 2022, the "Sicko Mode" rapper will perform in Sao Paulo, Brazil, on Nov. 6 as part of a series of upcoming Primavera Sound festivals in South America.