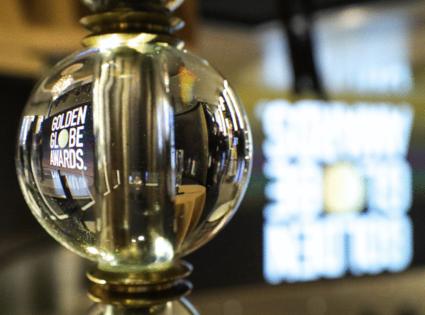 LOS ANGELES — As the Hollywood Foreign Press Association's vote on its proposed new bylaws nears, the outcome remains in play. Underscoring the uncertainty, the group’s crisis PR consultant sent a memo to members last week, prodding them to “consider what will happen if you do not pass the bylaws.”

“Some of you may wish for an alternate future but the reality is totally different,” wrote James Lee, the founder and CEO of the Lee Strategy Group, according to the memo obtained by the Los Angeles Times. “As journalists, you understand what the headline will be if you do not pass these bylaws.”

The new bylaws would codify reforms of core issues including governance and membership, as well as policies on Golden Globes voting, the conduct and ethics of members and a host of membership perks — including the prohibition of gifts from studios and others. The reformed bylaws — which require a two-thirds majority vote to pass — are intended to address the controversies that have long dogged the association and played a role in NBC announcing that it would not broadcast the awards next year.

Reminding members that, “The Hollywood community has already accepted passage of the bylaws as a condition of returning to business as usual,” Lee’s note outlines potential scenarios should members not approve them. Among them, Lee wrote that the organization would continue to be cut off from “celebrity interviews or other talent for the foreseeable future” and there will be no broadcast of the Golden Globes, or celebrities interested in participating in the ceremony.

Further, “Your opponents will seize on this as proof you are not committed to reforms and push even harder to not only continue the boycott but broaden it.”

Lee confirmed the memo in an interview with the LA Times.

“As a consultant, it’s my job to provide the best opinion to the members as to what their available options are in regards to the passage of the bylaws. I felt it was important prior to the vote to give them my assessment,” he said. “It’s totally up to them to decide the future of the organization. I trust that we’ve given them the best information possible.”

In the wake of a LA Times investigation that brought to light allegations of financial and ethical lapses and pointed out that none of the HFPA’s then-87 members was Black, the group pledged “transformation change.” In March, a contingent of powerful entertainment publicists implemented a boycott, withholding clients from participating in HFPA activities. In May, NBC pulled the plug on the 2022 Golden Globes broadcast after Netflix cut ties with the organization “until more meaningful changes are made.” Amazon, WarnerMedia and Neon, the indie studio behind “Parasite,” followed the streamer.

In recent weeks, the HFPA board has implemented a series of measures: It established a hotline for reporting incidents anonymously and hired two outside law firms to investigate them. The board also retained a new diversity consultant; the first had quit after five weeks on the job. The association also approved a new code of conduct.

The association is expected to cast ballots by Aug. 5. However, the process has been beset by infighting and resistance. In June two members resigned in protest over what they called the group’s “toxic” culture and “status quo” reform efforts.