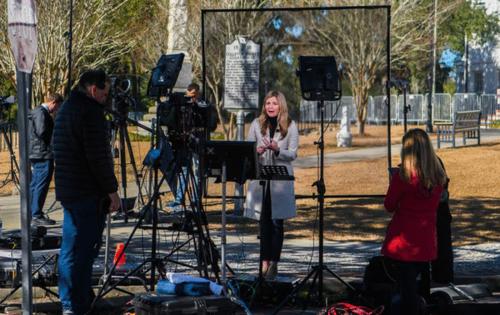 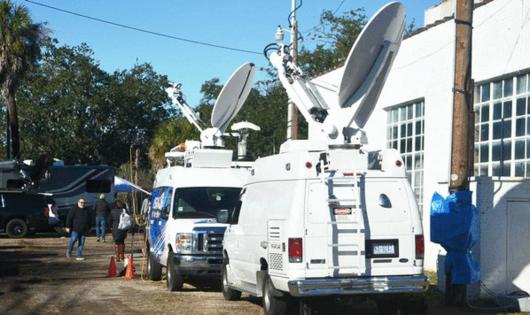 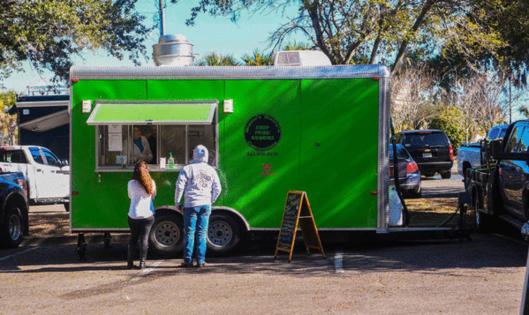 WALTERBORO, S.C. — Before the prospective jurors lined up outside the Colleton County Courthouse, before Alex Murdaugh himself was shuttled inside, and before most reporters had arrived to the six-block downtown for the day, JoAnn Goodhope was up and ready to take advantage of the coming media storm.

By 6:15 a.m. Goodhope was standing at a downtown Walterboro intersection holding up a sign that read “Stop Shield Ministries.”

She kept a clipboard tucked into her waistband, hoping to gather signatures for a petition that has nothing to do with the Murdaugh double-murder trial. She and a handful of others are protesting a new halfway house that’s been proposed in the area.

“There’s going to be a lot of people around, a lot of media, so we figured it was the best place to get the word out,” said Katie Vanwhy, a fellow protester.

Media flooded Walterboro Monday, but the true-crime fanatics and murder trial voyeurs many expected to overwhelm the town hadn’t arrived. At least not yet.

Walterboro, population 5,400, has been bracing for what the local newspaper dubbed “the trial of the century.” But on the first day of the double-murder trial that will determine whether disgraced Lowcountry lawyer Alex Murdaugh gets convicted of killing his wife and son, the town remained relatively quiet.

Weeks of planning preceded the trial’s arrival — along with some criticism that the town could be making a spectacle out of a tragic crime. Food trucks were solicited to feed the hordes of lawyers and support staff and journalists, and hotels in the area have been booked solid. As the week unfolds, the town is still bracing for what attention and crowds may or may not come. With no idea how long the trial will loom or when or if spectators will begin to swarm, locals say all they can do is wait and see.

Walterboro residents have malaria to thank for the town’s formation.

Before it became known as the “front porch of the Lowcountry,” with massive red rocking chairs painted on every corner and oyster-shelled tabby sidewalks, it was a vacation area for rice planters.