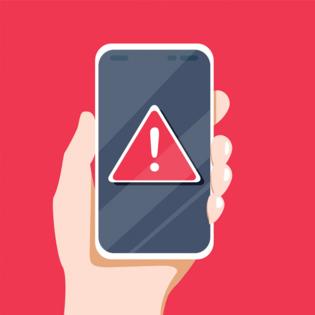 LOS ANGELES — I was driving home on the 110 Freeway when the music on the radio was interrupted by a phone call. The number displayed on my dashboard was (111) 111-1111 — an obvious fake. I should have let it go straight to voicemail, but for some reason I answered.

"Dad, you have to help me!" a young and nearly hysterical voice said. "Please, help me!"

It didn't sound like either of my sons, but the caller was so upset, I couldn't be sure. "Who is this?" I asked.

"Dad, it's me! I need help!" the caller replied, but then a different, older voice came on, asking if I was going to help my child. If not, he said, he was ready to put a bullet into the kid's brain.

I was certain the sobbing child wasn't my older son. And I knew exactly where my younger son was, so I was pretty dang sure it wasn't him either. But when I asked for some proof that this was actually a child of mine, the older male caller threatened to send me the kid's fingers.

He pushed me to make a decision: Either agree to help (he hadn't yet put a price tag on it), or say goodbye and send my child to a cartel south of the border, where some unspeakable horrors awaited. By that time, though, I had recognized the call as a scam. I said goodbye.

It was an easy decision and the right one, yet it was still nerve-racking. My wife checked in with my older son, who said he was fine and that the call was bogus. My younger son emerged from his engagement a little more than an hour later.

My blood pressure returned to normal sometime after that.

How the scam works

Erik Arbuthnot, a special agent in the FBI, said this sort of "virtual kidnapping for ransom" is typically the work of inmates in foreign prisons. They'd been victimizing Spanish speakers in the United States for years until, in 2015, the operation expanded with the help of English-speaking inmates in Mexico, Arbuthnot said. Now, he said, fake kidnappers make thousands of cold calls to the U.S. from foreign boiler rooms daily, hoping to hit the phone of someone with a child or young relative.