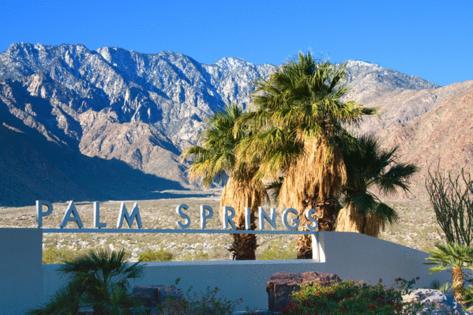 LOS ANGELES — Pearl Devers was too young to understand why her mother was bundling her and her brothers up and fleeing their family home on tribal land in Palm Springs, California.

Devers' father, who built the house with his own hands, stayed behind to make a stand against the brutal 1950s urban renewal project that was seizing their prime downtown land for nothing — no legal process, no compensation, no relocation aid.

In the years after city employees and the Fire Department razed and burned down the houses in the area known as Section 14, Devers said her father, a community spokesperson and devoted family man, fell into alcoholism and never recovered.

"It tore apart my family," Devers said before a Los Angeles news conference on an amended reparation claim filed Tuesday against the city for what a state official called a "city-engineered holocaust."

Speakers at the conference in Leimert Park ranked the Section 14 burnout with other historic racial atrocities, including the 1921 Tulsa race massacre in Oklahoma that destroyed a neighborhood called the "Black Wall Street," and the Rosewood massacre, which wiped out a Black town in Florida in 1923. And they saw their claim as part of the broader reparations movement for Black Americans that recently included compensation for the descendants of the owners of Bruce's Beach, who were displaced by the city of Manhattan Beach in 1924 .

The city of Palm Springs apologized in 2021 for the Section 14 razing and fires, which happened in the 1950s and 1960s. But advocates say there has been no action in 14 months.

In the amended claim filed to the city clerk, former residents and their descendants say the city owes them up to $2 billion in damages for the forcible removals, which took place with little or no notice, and sometimes destroyed houses with personal belongings inside.

The claim identifies 250 survivors and 100 descendants, but advocates expect the final list of claimants to climb. Speakers on Tuesday described the damage estimate of $400 million to $2 billion, developed by their economic consultant, as an opening gambit in what is expected to be complex negotiations with the city.

"Don't tell me that Palm Springs can't afford it," said economist Julianne Malveaux, dean of the Cal State Los Angeles' College of Ethnic Studies, who developed the $2-billion estimate. "This could be done over a course of five, 10, 20 years. But there must be a possibility of reversing this harm."

Section 14, 646 acres of downtown property, was owned by the Agua Caliente Band of Cahuilla Indians and is now the site of a casino, convention center and hotels, although some land remains undeveloped. Known to residents as the reservation, the land was restricted by the federal government to short-term leases until the 1950s.