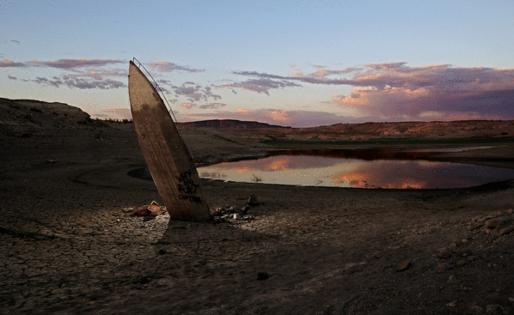 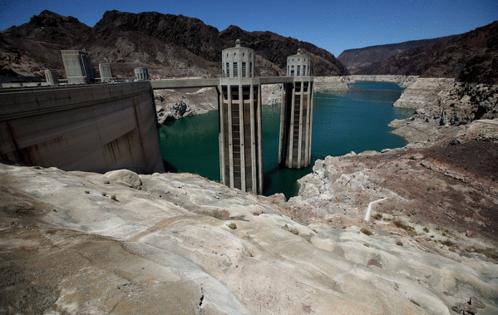 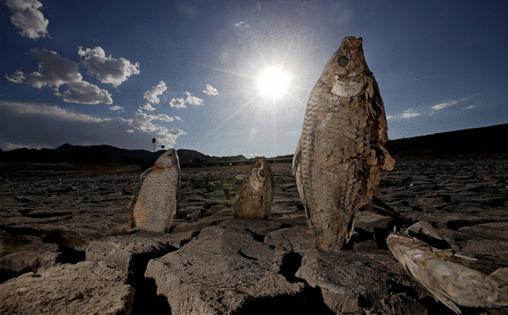 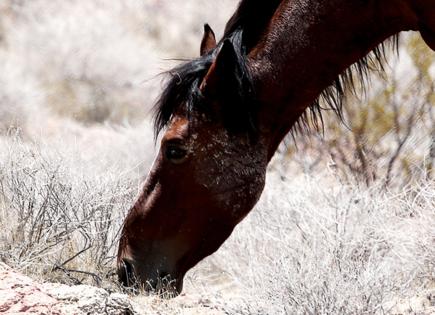 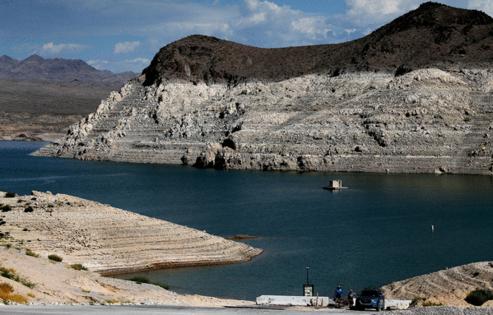 The sun began to set but the temperature hovered around 106 degrees. I was there to document one of the latest objects to emerge from Lake Mead, the largest reservoir in the United States, serving the needs of some 20 million people in the Desert Southwest.

In recent weeks, lots of things have resurfaced, including dead bodies, formerly sunken boats and trash.

“It’s a totem pole for the climate age,” said Sam Morris, as he photographed a battered power boat, its stern buried in the mud of the drying lake, its bow pointing sharply upward at the almost cloudless sky. “It’s such a strange thing to see.”

It’s called a “bathtub ring” and clearly shows how much water levels have dropped in the last two decades, amid the driest conditions of the last 1,200 years, according to scientists. I was surprised by how much lower the lake looked from a year ago when I was last here.

The situation is critical.

The lake’s surface is at about 1,045 feet above sea level. If it drops another 150 feet, there will not be enough water flowing through Hoover Dam to supply large metropolitan centers downstream, including Las Vegas, Phoenix, Los Angeles and San Diego. When that happens, Lake Mead will be a “dead pool.”

A hotter and drier environment caused by climate change accelerates aridification. Essentially, everything becomes thirstier — and the ecosystem becomes taxed even more, leaving less runoff from snow and rain flowing into rivers and streams. Climate change feeds itself.

I watched a wild mustang grazing in the distance, looking for sparse blades of grass pushing up from the stony ground. It’s hard to stand in the heat. It’s hard to breathe. It’s hard to think.

Sweat flows out of every pore.

It got dark and it felt like someone dimmed the lights in a sauna. The lake loses about six vertical feet of water every year to evaporation. From a ridge above the Lake Mead Marina, in the blue light of dusk, I saw long concrete boat ramps end short of the water’s edge.

It’s going to be another brutal summer.