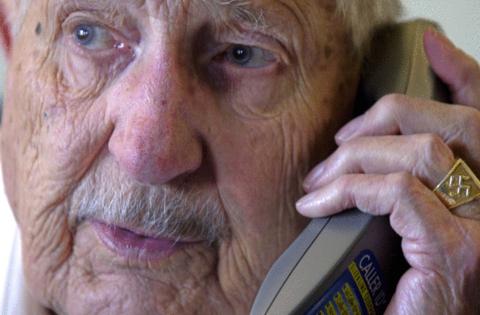 BOISE, Idaho — North Idaho was pushed to the forefront of the nation’s attention Saturday when 31 members of a white nationalist group were arrested in Coeur d’Alene.

Members of the Patriot Front, a group the Southern Poverty Law Center described as a “white nationalist hate group,” were arrested downtown near a Pride in the Park event when police pulled over a U-Haul truck and found the members inside, with riot gear and at least one smoke grenade.

In the aftermath of the arrests, Coeur d’Alene Mayor Jim Hammond referenced the city’s history with hate groups and extremism, particularly a neo-Nazi compound that existed in Hayden Lake, a suburb just north of Coeur d’Alene. Hammond also said that Coeur d’Alene had become a place that “respects and welcomes everyone,” according to previous Idaho Statesman reporting.

“We’re not going back to the days of the Aryan Nations. We are past that,” Hammond said. “And we will do everything we can to make sure that we continue to stay past those kinds of problems.”

In 1974, Richard Butler moved from his home in California to Hayden Lake in North Idaho with dreams of a “white-only homeland” in the Pacific Northwest, according to the Southern Poverty Law Center.

By 1977, he’d created the Church of Jesus Christ Christian, otherwise known as the Aryan Nations. The neo-Nazi group was a prominent figure in white nationalist circles throughout the 1980s and 90s, drawing over 100 white supremacists every year to the group’s compound in Hayden Lake for what Butler called the “Aryan World Congress.”

Butler’s gatherings drew some of the most notorious white supremacists in the U.S. to Idaho, such as Ku Klux Klansmen Tom Metzger, Louis Beam and Don Black.

The group eventually splintered in late 2004 following the death of Butler at the age of 86.

“If you were around in those days, or if you recall, with the help of a lot of citizens in this community and the Southern Poverty Law Center and other groups, we were able to completely rid ourselves of that group and the kind of awful culture that they were trained to present to our community,” Hammond said Monday. “We are a culture of love and kindness.”

WASHINGTON — The Biden administration will continue to engage directly with the Syrian government to locate and return Austin Tice, a journalist missing for a decade in Syria, Secretary of State Antony Blinken said on ...Read More

SEATTLE — A 49-foot commercial fishing vessel carrying an estimated 2,600 gallons of diesel and oil sank off the coast of San Juan Island Saturday, according to the U.S. Coast Guard.

All five crewmembers onboard the ...Read More

Firefighters in California's northern forests continued containment Sunday over the massive and deadly McKinney fire in Siskiyou County, but as temperatures headed higher, another large blaze was burning nearby.

MINNEAPOLIS — Minnesota surpassed 13,000 COVID-19 deaths earlier this month with the toll still falling hardest on the elderly, unhealthy and unvaccinated.

The coronavirus remains capable of surprises, though, as it ...Read More