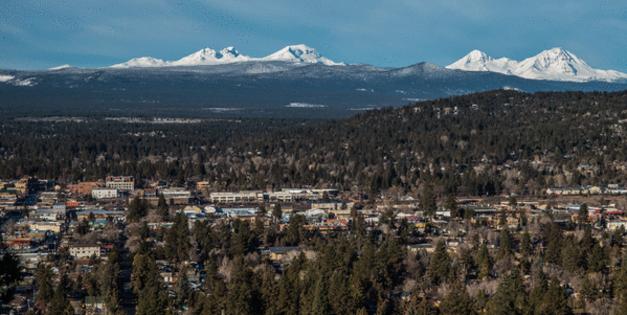 Bend, Oregon, is in the middle of nowhere — 2 1/2 hours from Eugene over a mountain pass that can be treacherous even in springtime. And that’s what people like about it.

“People were already coming here in hordes, and then it just exploded in the pandemic,” said Lynne McConnell, the city’s housing director. “More would be coming if we had housing to accommodate them.”

In states around the country, people who moved early in the pandemic were attracted to wide-open spaces in relatively obscure towns rather than the big cities that had attracted millennials in the previous decade, according to U.S. Census Bureau statistics and Stateline analysis of postal change-of-address data.

The moves may have brought welcome money to smaller towns, but they also raised housing prices and changed the bucolic way of life that attracted residents in the first place. And in the past year, moving patterns largely have reverted to pre-pandemic trends.

Affluent workers who could do their jobs remotely had an easier time moving to far-off areas, especially places like Bend that aren’t commutable. Before the pandemic, people moved mostly for a new job, but since then moves have become more about comfort and lifestyle factors such as good neighborhoods, home ownership, climate and recreation, said Peter Haslag, an assistant finance professor at Vanderbilt University who studied pandemic moves.

The moves also gave a needed boost to bond ratings for remote municipalities, giving them more ability to borrow money for infrastructure projects that can keep them growing, according to another study Haslag co-authored that was published in February by the Georgia Tech Scheller College of Business.

“It becomes relatively less expensive [for growing cities] to take on new projects,” Haslag said. “The evidence suggests that areas that experienced significant inflow during the pandemic should experience relatively greater economic growth.”

Major cities including Chicago, Los Angeles, New York, Philadelphia and San Francisco lost population between 2020 and 2021, according to census estimates, mostly from people moving out.

Where did they go? The postal data suggests they went to some lesser-known places that were more comfortable for remote work, with less crowded conditions.

In Alabama, new residents tripled to 1,543 in Daphne, a city of about 27,000 across the bay from Mobile, from March 2020 to February 2021. There were similar sudden influxes in Martinsburg, West Virginia; Kalispell, Montana; Elkhorn, Nebraska; and Lee’s Summit, Missouri, among others.