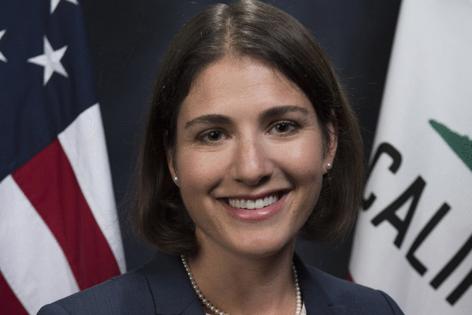 The system is intended to make it easier to seek immediate help during a mental health crisis. Instead of calling 911 or the 10-digit national suicide hotline, Americans theoretically will be able to speak to a trained counselor by calling 988 from most any phone line.

The federal law allows states to raise funds for the effort by levying a surcharge on monthly bills for mobile and landline phone service. The money can be used to support the dedicated call centers, pay for trained mobile response teams to be dispatched instead of armed law enforcement officers, and bolster stabilization services for people in crisis.

States are required to have some version of the 988 system up and running by July 2022. But the actual shape it takes is up to each state.

In California, the state Department of Health Care Services announced in September it would spend $20 million to help launch the 988 system. AB 988 is legislation that would tack on up to 80 cents a month on phone lines in the state — both wireless and landline services — to provide ongoing funding for the system and associated services. The bill has faced opposition from the telecommunications industry, which argues the fee should be capped at 10 cents and fund only the cost of routing 988 calls to an appropriate crisis center. The bill has passed the Assembly and is expected to be taken up by the Senate next year.

Assembly member Rebecca Bauer-Kahan, an Orinda Democrat, is the principal author of AB 988, which she called the “Miles Hall Lifeline Act” in honor of a 23-year-old man who was fatally shot by police in Walnut Creek during a mental health crisis. His family said he had been diagnosed with schizoaffective disorder.

Bauer-Kahan, a Bay Area lawyer, talked to KHN’s Jenny Gold about efforts to get 988 operational in California and what the new system might be able to accomplish. The conversation has been edited for length and clarity.

Q: The new federal law requires that every state have a 988 phone system in place by July. How is California doing, and will we be ready?

A: I’m hopeful that we will. We definitely have more work to do. We appropriated $20 million in September to ensure that we have the startup costs to build up our call centers. The data is showing that we should expect about a 30% increase in call volume [for California’s 13 suicide prevention call centers] when the rollout happens for 988 in July. So, it’s really critical to ensure that the call centers have the ability to increase staffing, and train people so that we’re prepared.

Q: Why is it important to have an emergency system dedicated exclusively to mental health?