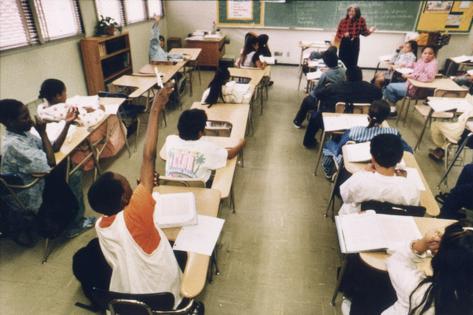 The UC Board of Regents, in a move that reverberated nationally, unanimously voted last year to drop the use of the SAT and ACT for admissions decisions through 2024 because the tests exacerbated disparities based on race and income. Faculty were asked to examine whether an alternative test without those biases could be used beginning in 2025.

UC President Michael V. Drake asked the Academic Senate in April to explore whether the statewide assessment used for California public school students, known as Smarter Balanced, would be an appropriate replacement. Some educators were more open to using the state test over the SAT because it assesses how well 11th-graders learned California's core curriculum.

But the Senate committee's conclusion: No go.

"The ... assessment is not appropriate as an admissions test, required or optional, for the UC," the report concluded, saying it was concerned about racial and socioeconomic disparities common to all standardized exams.

Academic Senate Chair Robert Horwitz and Mary Gauvain, the faculty committee's co-chair, declined to comment on the report until it's presented to the regents next month.

Some critics of standardized testing welcomed the report, including Jay Rosner, executive director of the Princeton Review Foundation, a nonprofit advocate for fair testing.

"This is the signal that there is no test that will be used for high-stakes admissions by the UC in the foreseeable future," he said. "I think that's a great thing."

The report did recommend, however, that the state test be explored as one of many measures used for placement in writing classes after students are enrolled at UC.

UC's decision to drop use of the SAT and ACT for admissions decisions — prompted by a lawsuit, the pandemic and skepticism about the test among many regents — was seen as a game-changer in the national debate over whether the tests discriminated against disadvantaged applicants and the extent to which they predict college success.