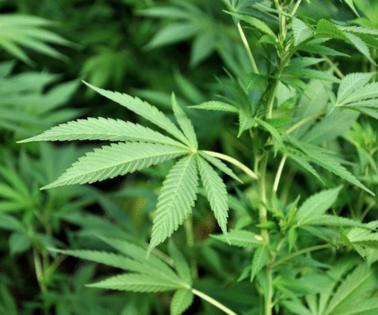 A high-profile figure in the Central Coast's marijuana industry has agreed to plead guilty to bribing a San Luis Obispo County supervisor, the first charges to be made public in what a spokesman for the federal prosecutor's office in Los Angeles called "an ongoing public corruption investigation."

Helios "Bobby" Dayspring, 35, who owns marijuana farms and dispensaries up and down the Central Coast, will plead guilty to one count each of federal programs bribery and filing a false tax return, according to a plea agreement filed in federal court and unsealed Wednesday.

Dayspring also agreed to pay $3.4 million in restitution — the amount he kept from the Internal Revenue Service by underreporting his income — and to cooperate with prosecutors and agents from the IRS and FBI who are said to be probing corruption in San Luis Obispo County.

Dayspring's lawyer, Sandra Brown-Bodner, said her client "has fully accepted responsibility for his actions, has been cooperating and will continue to cooperate with the government." He is scheduled to appear in court on Aug. 25, having signed his plea agreement late last month.

The document is a sordid account of how a wheeler and dealer in the state's nascent, ill-regulated marijuana industry corrupted one of San Luis Obispo County's most powerful politicians, who was apparently brazen enough to write in a text message to his illicit benefactor that he deserved "one giant French kiss wrapped in money" after fighting off a proposal to ban outdoor cannabis grows.

In his plea agreement, Dayspring acknowledged funneling $29,000 in cash and $3,000 in money orders to a San Luis Obispo County supervisor who has since died. While the official isn't identified by name in the plea agreement, Adam Hill, who represented the county's 3rd District, died of an overdose of cocaine and antidepressants in August, the San Luis Obispo Tribune reported.

Authorities ruled Hill's death a suicide. The supervisor had previously said he attempted suicide after federal agents served a search warrant at his government office in March 2020.

Dayspring said in his plea agreement that, in exchange for bribes, Hill took official actions that benefited his marijuana ventures, such as voting in favor of exempting certain cultivators from a moratorium on growing marijuana on unincorporated land and opposing a potential ban on outdoor grows.

Dayspring said he began paying Hill in 2016, starting with three $3,000 money orders that the supervisor deposited in his personal account. He paid Hill an additional $9,000 in cash through the following year, the plea agreement says.

In November 2017, the Board of Supervisors was weighing whether to offer certain growers an exemption, or abeyance, to a moratorium on cultivating marijuana on unincorporated county land. The board voted unanimously to grant the abeyance to growers who had registered with the county before the ban went into effect, a decision that benefited Dayspring, his plea agreement says.