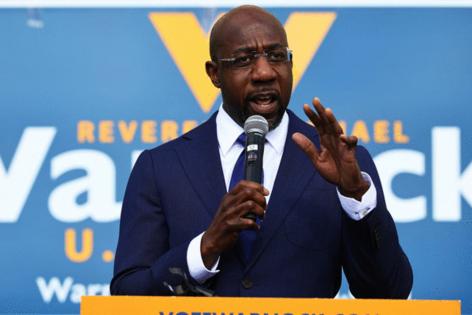 Betting that climate change will be at the top of voters’ minds in 2022, the League of Conservation Voters Action Fund made its first round of endorsements Thursday, backing nine incumbent senators — all Democrats.

“Voters really are demanding that the administration, the Senate, and the House do something about investing in clean energy jobs and tackling the climate crisis in 2022,” said Craig Auster, vice president of governmental affairs for LCV Action Fund.

Of the incumbents in the current round of endorsements, Cortez Masto, Warnock and Hassan are in races ranked competitive by Inside Elections with Nathan L Gonzales.

Climate change has been growing in importance for voters over time, and a majority of registered voters said it was a very or somewhat important factor in the lead-up to the 2020 presidential election, according to the Pew Research Center and polling conducted for LCV Action Fund.

But the concern has been concentrated among Democrats and consistently ranked below the economy and the coronavirus pandemic among voters’ top worries in November exit polls.

Conservation groups nevertheless predict that President Joe Biden’s support of a broad range of climate-focused policies, including plans to lower greenhouse gas emissions and raise fuel economy standards, will play a major role in the 2022 elections.

Republicans in the House and Senate have resisted including such measures in an infrastructure package that Biden is hoping to push through Congress this summer.

The issue is also going to be litigated on the campaign trail. GOP campaign committees in the House and Senate are poised to attack battleground Democrats who support Biden’s energy proposals as threatening energy industry jobs, a message Republicans felt was successful in 2020.

LCV Action fund and its state affiliates invested $115 million in federal, state and local campaigns in 2019 and 2020, with over $23 million of that going to Senate races.