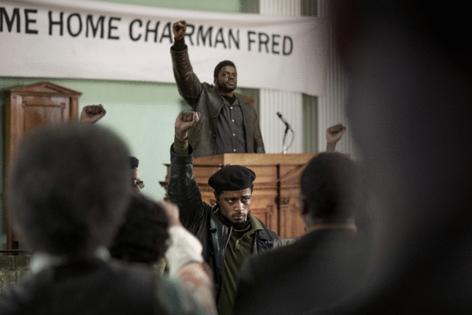 Stanfield, 29, did not say anything anti-Semitic himself, but was a moderator of a Clubhouse room in which other people spewed Jewish hatred Wednesday night, The Daily Beast reported.

“At some point during the dialogue the discussion took a very negative turn when several users made abhorrent anti-Semitic statements and at that point, I should have either shut down the discussion or removed myself from it entirely,” the “Atlanta” star said in an Instagram post.

“I condemn hate speech and discriminatory views of every kind. I unconditionally apologize for what went on in that chat room, and for allowing my presence there to give a platform to hate speech. I am not an anti-Semite nor do I condone any of the beliefs discussed in that chat room.”

The room was created to discuss Nation of Islam leader Louis Farrakhan, who has previously compared Jews to insects and has a long history of anti-Semitism.

Clubhouse, an invite-only app that hosts live audio conversations, has been criticized for not axing conversations that become bigoted and xenophobic.